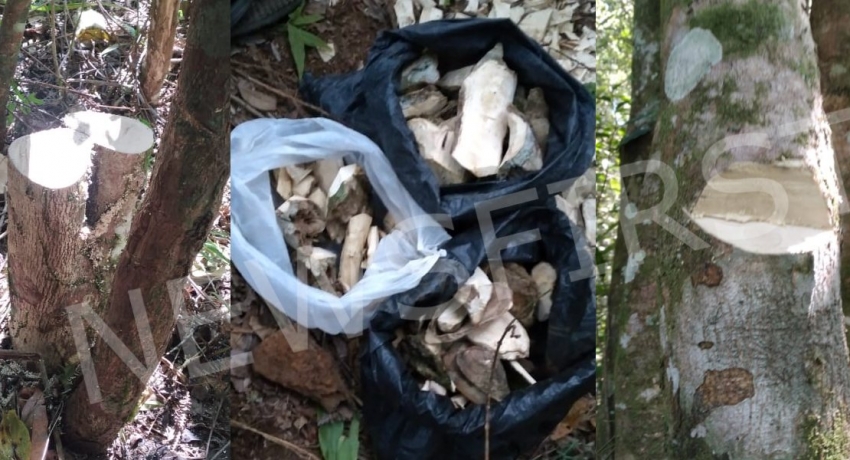 The suspects were handed over to the Forest Department Officers and further action pertaining to the suspects will be taken by Wildlife Officials, Police Spokesperson DIG Ajith Rohana told News 1st.

Separately, the Ruhana Police arrested two suspects in the Andal-Oya Forest area for the offence of felling trees.

According to DIG Ajith Rohana, a chainsaw and other equipment used for cutting down trees were seized from the possession of the suspects.

Furthermore, three suspects were arrested by the Police Special Task Force in the Nivithigala Police area.

All arrested suspects will be produced at the Magistrate’s Court on Tuesday (Mar. 16), DIG Ajith Rohana noted.

Whilst emphasizing that Sri Lanka Police will continue operations to prevent environmental destruction the Deputy Police Chief urged the public to provide information in this regard via the 1997 centre.