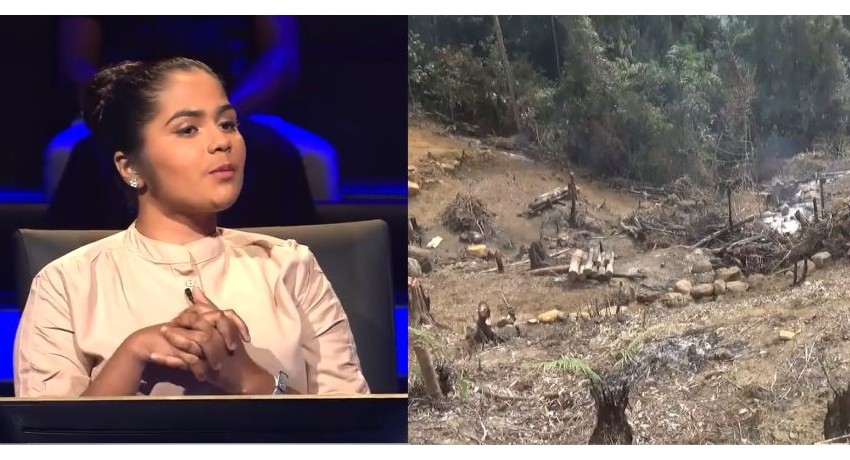 Colombo (News 1st); Sri Lanka Police recorded a statement from a contestant, who appeared on Sirasa TV’s Lakshapathi program, the Sri Lankan version of ‘Who Wants to be a Millionaire’, on Monday (15), with regard to her comments on the destruction caused to the Sinharaja Forest.

Police Spokesperson DIG Ajith Rohana speaking to News 1st said investigations are being carried out by the Senior Superintendent of Police for Ratnapura.

In addition, measures have been taken to investigate information circulating on social media with regard to deforestation and environmental destruction, he said.

Legal action will be instituted against those responsible for deforestation and environmental destruction, after confirming the credibility of such reports, said Ajith Rohana.