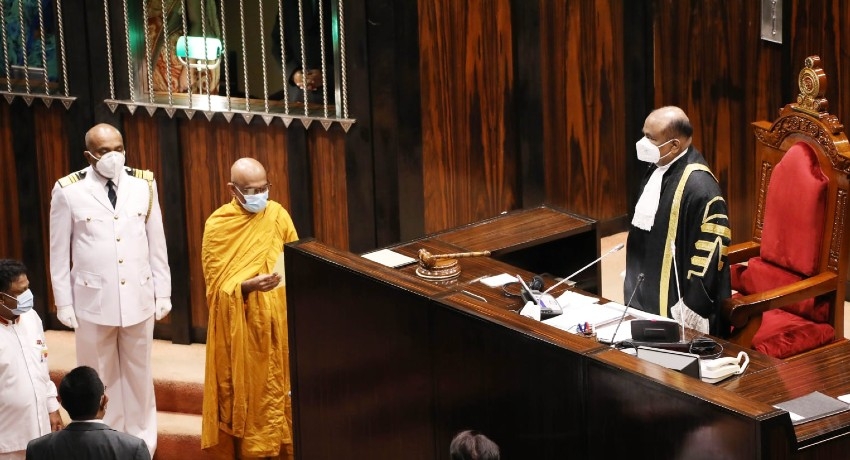 Colombo (News 1st); Ven. Athuraliye Rathana Thero was sworn in as a Member of Parliament for the 9th Parliament on Tuesday (05) in the presence of Speaker Mahinda Yapa Abeywardena.

After being sworn in, he signed the list of Members of Parliament in the presence of General Secretary Dhammika Dasanayake.

The name of Ven. Athuraliye Rathana Thero was announced by the Election Commission in a gazette notification for the National List seat won by ‘Ape Janabala Party’ in the General Election.

Venerable Rathana Thero, who represented the UNP in the 8th Parliament as a National List Member of Parliament in 2015, is representing the Parliament for the fourth time this year.