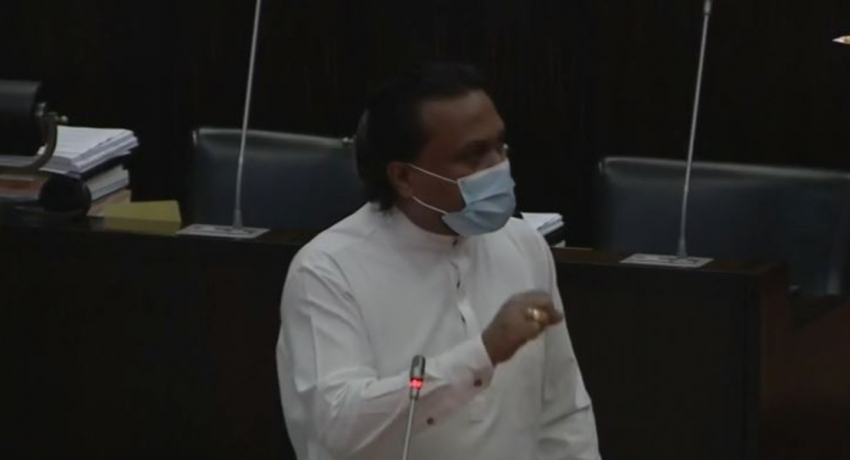 Colombo (News 1st); Minister Wimal Weerwansa told Parliament the Mahara Prison Riot was not the result of congestion or overcrowding in the prison.

He said according to an intelligence report, an underworld figure known as Chathuranga, a close associate of the slain underworld don Samayan, held at the Welikada Prison and several other prisons had smuggled a drug known as ‘Sarath’ or ‘Reverse’ and carried out a trial run with several prisoners.

When one uses the drug, he needs to see blood, said the Minister.

He said these prisoners had attempted to distribute the drug as much as possible among the Welikada population and create a situation similar to cannibalism.

He said ‘Chathuranga’s handlers were a group of powerful drug traffickers.

The Minister said after receiving the intelligence material ‘Chathuranga’ was transferred to another prison and several other prisoners were moved around.

He said, unfortunately, the back-up plan of the Welikada Master Plan was orchestrated at the Mahara Prison.

He stressed the riot was not caused due to prison congestion, but a planned event to cause murder inside a prison during the term of President Gotabaya Rajapaksa and bring international disrepute.

However, Opposition Lawmaker Anura Kumara Dissanayake said despite claims of an unknown force, there is reason to believe over-crowding of remand prisoners who have been in remand for more than 11 months due to the non-functioning of the court as well as fear of contracting COVID-19 resulted in the riots.