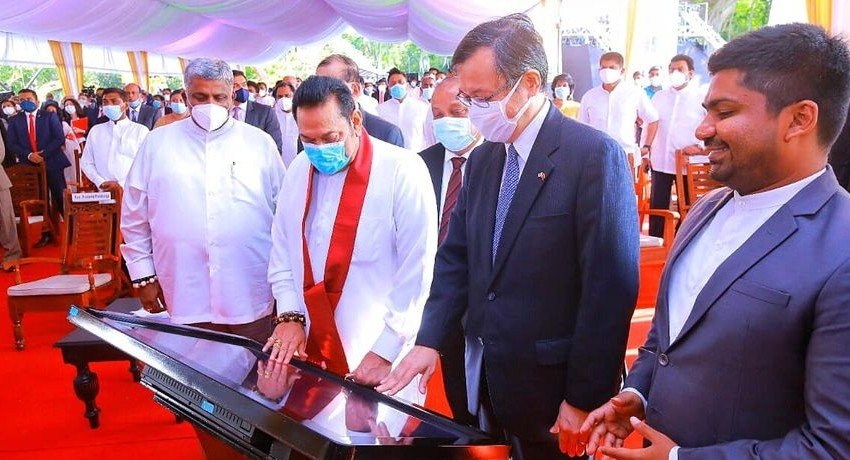 This is considered the largest development project to be launched in the country this year and the groundbreaking ceremony marked the construction of a new multi-level passenger terminal building, which will increase the passenger handling capacity of the BIA to approximately 15 million passengers per annum.

According to the Prime Minister’s Facebook Page, the BIA Terminal-02 project commenced in 2014 with Prime Minister of Japan Shinzo Abe, however, the good governance government in 2015 delayed the implementation of the development project for various reasons.

However, after the present government came to power, it took the necessary steps to expedite the construction work, said the Prime Minister.

Launched as a solution to the growth of tourists expected to visit our country in the future as well as the growth of other passengers using the airport, the Airport and Aviation Authority is leading the way towards a sustainable economy by building a more conducive environment for international aviation relations, added the Prime Minister.

The two-part project consisting of ‘Package A’ and ‘Package B’ is funded by Japan International Cooperation Agency (JICA). The Government of Japan has provided a loan of 74397 million Yen (131.5 billion rupees) for the project.

The project is expected to be completed in three years.

The project will incorporate Japanese advanced technology and expertise to enable the building to provide barrier-free access and environmentally friendly features beneficial for both the people and nature.