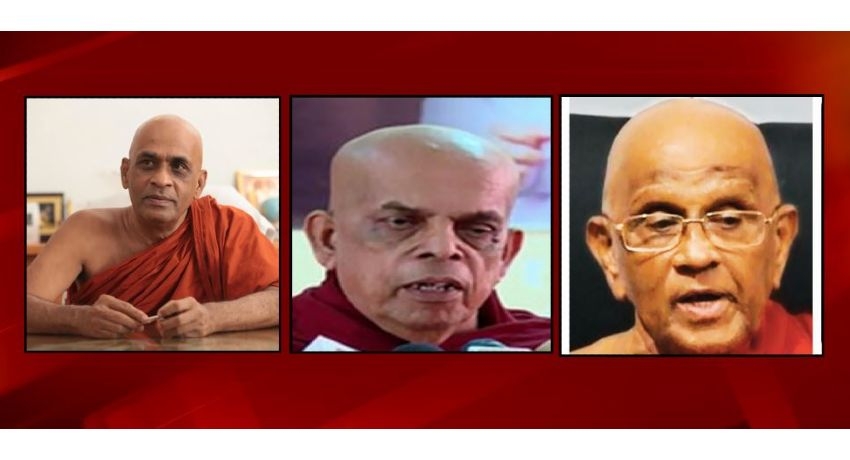 COLOMBO (News1st):  Three leading monks in Sri Lanka have warned the 20th Amendment to the Constitution leads to the creation of a President who would be able to control the Executive in an arbitrary manner and bring the Judiciary and Legislature under his control.

The letter comes days after the Amarapura-Ramanna Samagri Maha Sangha Sabha opposed the 20th amendment, citing it will pave the way for an “undeveloped tribal society”.

“…the Sangha Sabha decided to make a strong emphasis to the government that they should not pass the proposed 20th amendment,” the council said in a statement on Monday adding the 20th amendment will severely affect freedom of thought and action.

Venerable Bengamuwe Nalaka Thero, Venerable Muruttettuwe Ananda Thero & Venerable Elle Gunawansa Thero in a letter to the President noted the 20th Amendment to the Constitution would lead to the formation of a weak cabinet.

The 20th Amendment to the Constitution will also weaken the power and stability of Prime Minister Mahinda Rajapaksa, who has won the hearts of people, warned the Venerable Thero’s adding it would also allow the President to change Ministers and their powers as and when he pleases.

The letter noted there could be an ulterior motive with regard to lifting the restriction on the number of Cabinet Minister which is limited to 30 members.

The Venerable Thero’s said multiple responsibilities vested the with the President have been removed in the 20th Amendment to the Constitution and highlighted the fact the people have been deprived of the right to challenge in court any unconstitutional act committed by the person who holds the post of President.

The Venerable Thero’s warned the 20th Amendment to the Constitution could pave the way for the creation of an unstable governance mechanism that would have no rule of law.

Venerable Bengamuwe Nalaka Thero, Venerable Muruttettuwe Ananda Thero & Venerable Elle Gunawansa Thero in the letter said the 20th Amendment to the Constitution should be revisited before passing it in Parliament.

They added if the 20th Amendment is to be passed the amendments proposed by them should be taken into consideration.