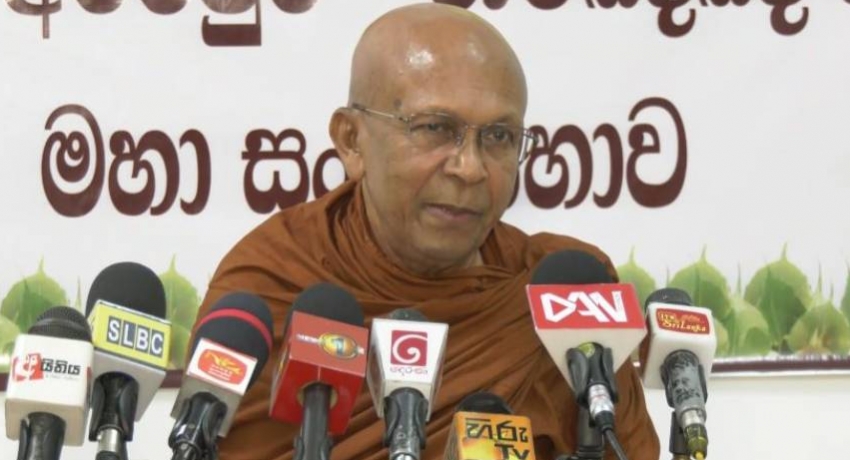 COLOMBO (News1st): The Amarapura-Ramanna Samagri Maha Sangha Sabha has opposed the 20th amendment, citing it will pave the way for an “undeveloped tribal society”.

“…the Sangha Sabha decided to make a strong emphasis to the government that they should not pass the proposed 20th amendment,” the council said in a statement on Monday.

It added that the 20th amendment will severely affect freedom of thought and action.

The Sangha Sabha pointed out that the amendment undermines the system of checks and balances that maintains equilibrium between the executive, legislature, and judiciary.

“The end of this process will mark the birth of authoritarianism, arbitrary nepotism,” it warned.

The council said that the 19th amendment is not a “regressive reform” as claimed by the government, despite certain technical shortcomings as pointed out by experts.

It said that the new draft amendment affects the independent mechanism for elections, judicial independence, and the right of the people to seek justice while paving the way for fraud and corruption.

“…what the country needs now is a new constitution,” the Sangha Sabha stressed urging that the amendment must not be passed in Parliament.