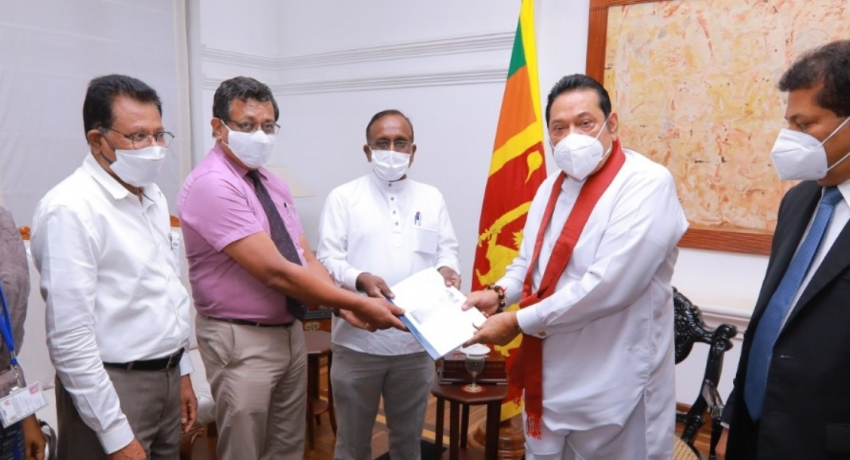 Colombo (News 1st); The Interim-Report of the Committee appointed to probe the demolition of a building with archaeological value in Kurunegala was handed over to Prime Minister Mahinda Rajapaksa on Wednesday (22).

The report contains 05 proposals and calls for the immediate conservation of the site.

It further said, the building with archaeological value should be taken over by the Department of Archaeology.

The committee also proposed for the Road Development Authority to amend its proposed expansion plan at the site.

In addition, the committee called on for legal action to be instituted against all those responsible for the demolition, and the cost for the conservation of the site be charged from the individuals and institutions responsible for it.

On Friday the 17th of July, Prime Minister Mahinda Rajapaksa appointed a committee to investigate the demolition of a building with an archeological value in Kurunegala.

The building was torn down on the 14th of July 2020 and the 05 member committee was appointed by Secretary to the Ministry of Cultural Affairs.

The Committee is led by Professor Senarath Dissanayake, the Director-General of Archaeology.

The other members are R. M. J. Ratnayake the District Secretary of Kurunegala, Archaeologist T. G. Kulatunga, Deputy Director of Archaeology at the Ministry of Cultural Affairs Archaeologist Prasad Ranasinghe and Director of the Central Cultural Fund Architect Sumedha’ Matota.