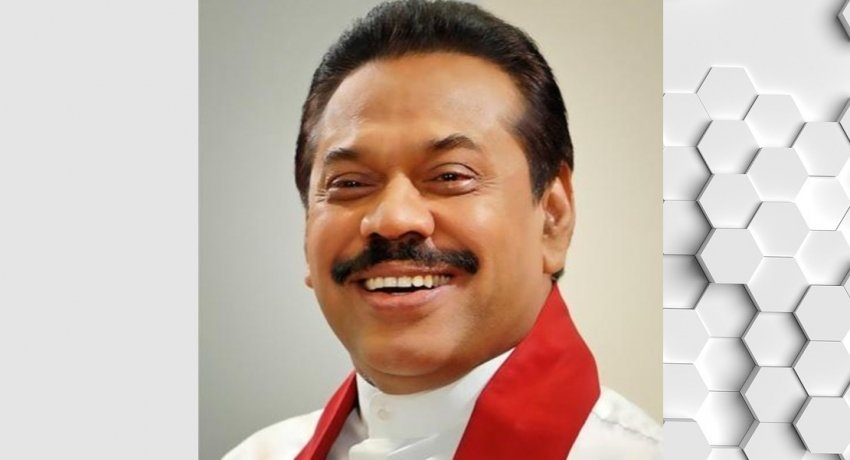 Colombo (News 1st):  Sri Lankans are left with one remedy, post-COVID-19, and that is to rebuild the country, Prime Minister Mahinda Rajapaksa said, Issuing a statement.

The Prime Minister’s release which was issued under the theme, “Sri Lanka after Good Governance, the April 21st Attack and COVID-19” states the incumbent Government led by President Gotabaya Rajapaksa had to combat the COVID-19 outbreak in the country with a decrepit economy.

The consequential effects of COVID-19 would plunge the world into an economic crisis, increase unemployment, and also limit the opportunities for Sri Lankans to migrate for employment, the release notes.

The Prime Minister warns that if all citizens do not work in unison to overcome the current situation, the future of the country would be bleak.

The release further notes, when the foremost officer of the public service in the country; Secretary to the President, Dr.P.B. Jayasundara requested state officials to donate part of their salary to overcome this tragedy, the opposition criticized him relentlessly adding, that it is the ambition of the opposition to jeopardize the economic revival process of the Government by isolating skilled officials and criticizing them.

The Prime Minister goes on to note that the Good Governance Government’s political culture of vilification and false propaganda has no place in the post-COVID-19 era.

In his statement, the Prime Minister claims, in the difficult times that lie ahead Sri Lanka’s economic revival and the future of its children depend on the vision, ability, and skill of those running the country.

In conclusion, Prime Minister Rajapaksa says the team which is running the country at present, won a war that was deemed unwinnable and presided over the largest economic boom since independence between 2006 and 2014 assuring that a similar kind of leadership is what is required to steer the country towards prosperity in the post-COVID-19 era.