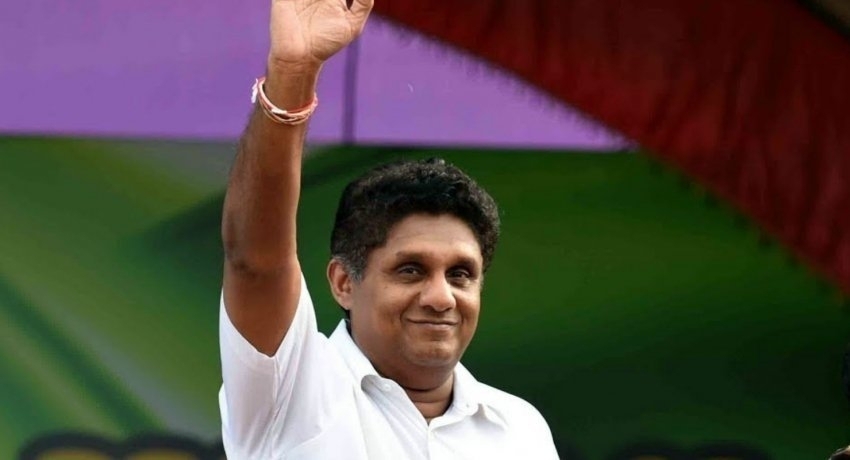 Colombo (News 1st): Parliamentarian Nalin Bandara spoke about powers that will be vested with Sajith Premadasa when leading the proposed alliance.

An agreement has also been reached to nominate Sajith Premadasa as the Prime Ministerial candidate in addition to vesting him with the powers to appoint the General Secretary, initiate disciplinary action, and to lead the nomination board of the alliance.

MP Nalin Bandara: The Working Committee has decided to appoint Sajith Premadasa as the leader of the broad alliance. A decision has also been made to entrust him with the task of heading its nomination board. An agreement has been reached to obtain the Working Committee’s approval in order to vest Sajith Premadasa with the power to choose the General Secretary. I think this situation is very favorable. I believe that we can form the alliance and establish it among the people by next week.

Journalist: Doesn’t Sajith Premadasa want the leadership of the UNP?

MP Nalin Bandara: He does not want to refrain from obtaining the leadership role. This is because there is no method to occupy that position under the present constitution unless Ranil Wickremesinghe resigns. That cannot be done under the constitution. A void is created only due to the resignation or death of the leader. There are no other methods in the constitution. We can’t fight for leadership.

Journalist: We got to know that only yesterday.

MP Nalin Bandara: We knew that beforehand. That is why we said that we would be moving forward with a broad alliance.

Journalist: Will the election be contested under the symbol of the swan again?

MP Nalin Bandara: We will hold talks regarding the symbol of the alliance. Our options are open.

Journalist: Are you in agreement with what happened during the tussle for the leadership yesterday?

MP Nalin Bandara: Yes we are.

Journalist: Isn’t it good to have seasoned individuals?

MP Nalin Bandara: We were saying that we would be forming a broad alliance. Therefore, they have resolved their problem as to whether a small group headed by Ranil Wickremesinghe will constitute the alliance.

Journalist: Is the UNP constitution autocratic?

MP Nalin Bandara: It has features of autocracy. But we hope to make it democratic in the future.

Journalist: Will those in Ranil Wickremesinghe’s faction receive nominations?

MP Nalin Bandara: We will give nominations to all parliamentarians and then give the remaining nomination slots through different methods.

Journalist: Has a name been proposed for the post of Secretary?

MP Nalin Bandara: We will put forward the name in the near future.

Journalist: So do you accept UNP leader Ranil Wickremesinghe as your leader?

Meanwhile, another media briefing was held at the UNP Head Quarters Sirikotha today (Jan 31). UNP MP Wijepala Hetti said that as the leader of the alliance, Sajith Premadasa definitely has the power to elect anyone he likes and as the secretary, he can appoint anyone according to the wishes of the leaders within the alliance.

He said there is no need to cause any suspicion. He pointed out that the main issue here will be the nomination process because Sajith Premadasa is the committee chairman and he has all the right to direct this election to his wish. He added that basically as the UNP leader, Ranil Wickremesinghe can implement any suggestions through a common agreement.

Hettiarachchi noted that Sajith Premadasa has been granted all this power to secure a win for the UNP.