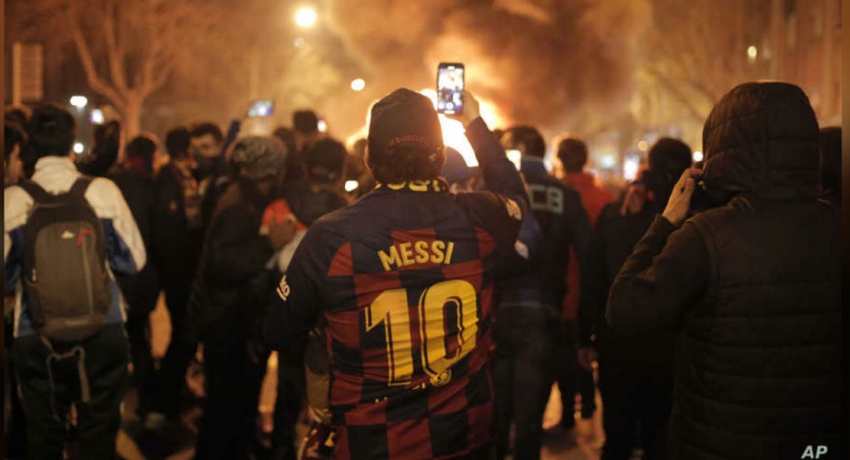 Tension rose when a group of Barca’s Boixos Nois hooligans and pro-independence supporters scuffled next to the stadium. Catalan police formed a line to separate both groups.

Some pro-independence protesters tossed objects to police and set rubbish bins on fire.

Wednesday’s protest was called by secretive Catalan protest group Democratic Tsunami, which says it favours peaceful civic disobedience and whose main goals are to get Spain to negotiate on Catalonia’s right to self-determination and to achieve freedom for the jailed separatists.

Many protesters carried banners that read “Spain, sit and talk” and the organisation said on Twitter it would distribute 100,000 of those banners to the people attending the game. It also told them to bring inflatable balls and to write on them a “message for the world”.

The La Liga game had initially been scheduled to occur two months ago. However, it was postponed on security concerns due to unrest in the wealthy northeastern region after Spain’s Supreme Court in October sentenced nine Catalan separatist leaders to up to 13 years in prison.