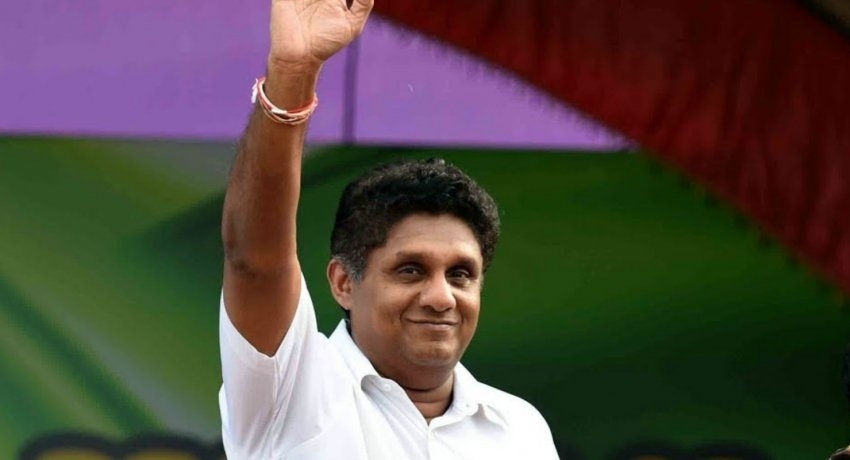 Sajith Premadasa meets his supporters; says he is ready to lead

Sajith Premadasa meets his supporters; says he is ready to lead

COLOMBO (News 1st) – A public rally that was organized by the electoral organizer of Kolonnawa, S.M.Marikkar, took place amidst a warm reception from the public.

“My personal view is that there are 8 reasons for our defeat. We pledged to punish the thieves, but we didn’t punish anyone. Then we were accused of defrauding the Central Bank.

Our leaders did not provide Samurdhi, or support the UNPers who worked for the party. When these were mentioned, the leaders ignored all of them.

Our Maha Sangha was disrespected, and this was another major factor that influenced our defeat. Our government did a lot to develop the country, but none of our initiatives were marketed properly.

When I proposed to establish a marketing division, they said, I know more about marketing and media more than you.

Our presidential candidate was nominated at the last minute.

He obtained the 5.6 million votes within a month. This is actually a major win. Another reason for our defeat is, what was said the day before postal voting. A week before the election, they brought forward the MCC compact and ruined everything.

When Sirisena was contesting, our party raised funds for the Pradeshiya Sabha members to engage in political activities. But this time, they did not raise funds.

Today, Sajith Premadasa is in debt. He owes more than Rs 200mn.

We will not be fooled by such fake positions. But he will tour the country on behalf of all UNPers and will stand with the people. He will continue to fight for the people and will provide his leadership for this.”

He further added that they will form a comprehensive alliance, and contest the upcoming general election as an alliance. He added that he is prepared to lead and he will stand by those who were subjected to political vengeance and will fight for their rights.

According to him, in order to win the election, they must contest with a fresh phase and new policies, he confidently stated that no one could bring any of them down.

“We will not distance our selves from the general public. We will go forward while respecting the mandate of the public” he concluded.

The series of public rallies that commenced today, is due to take place in all 154 electorates, in which Sajith Premadasa held public rallies in the run-up to the recently concluded presidential election.

UNP MP Harshana Rajakaruna stated that they should solve all issues and go forward as one united party. He added that they will commence their journey today, towards achieving success in the upcoming general election.

UNP MP Ravindra Samaraweera noted that the matter regarding party leadership will take place and they will announce their leader. He added that they should decide a leader which the people want.

“We hope to go forward as a comprehensive alliance in the upcoming general election. We will launch a massive program, and invite everyone including all civil societies, to join hands with Sajith Premadasa.” UNP MP Hector Appuhamy