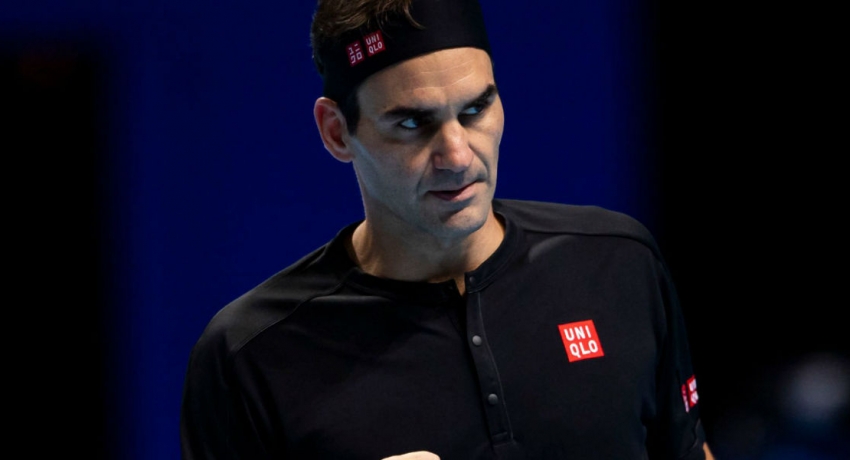 Federer rebounds with win over Berrettini

Federer rebounds with win over Berrettini

Reuters – Roger Federer got back on track at the ATP Finals with a 7-6(2) 6-3 defeat of Italian Matteo Berrettini on Tuesday (November 12).

Defeat by Dominic Thiem in his opening round-robin match on Sunday (November 10) had left the six-time champion facing an early exit, but he responded in emphatic fashion.

Berrettini was also coming off a heavy defeat by Novak Djokovic in his first appearance at the event, and the 23-year-old showed why he has made such an impact this year as he pushed Federer hard in the opening set.

He saved a set point at 5-6 but Federer squeezed the accelerator to win 10 of 11 points as he cruised through the tiebreak and broke to love at the start of the second.

Berrettini, the first Italian to qualify for the tournament since 1978, had three break points in the eighth game but Federer served his way out of trouble and the 38-year-old Swiss then broke to claim victory.

Incredibly Federer is now 17-0 in second round-robin matches at the tournament but he is likely to need a victory over Djokovic on Thursday (November 14) to reach the semi-finals.

Only once in his previous 16 appearances at the year-ender has Federer failed to survive the group stage, in 2008.

Djokovic, who is bidding to equal Federer’s record of six titles and claim back the world number one ranking from Rafael Nadal, faces Thiem later at the O2 Arena.