Colombo (News 1st): Chairman of the National Election Commission, Mahinda Deshapriya convened a media briefing today (November 13). Speaking at the media briefing, the Chairman said, stern action will be taken against those who act against the law during the period of hiatus. 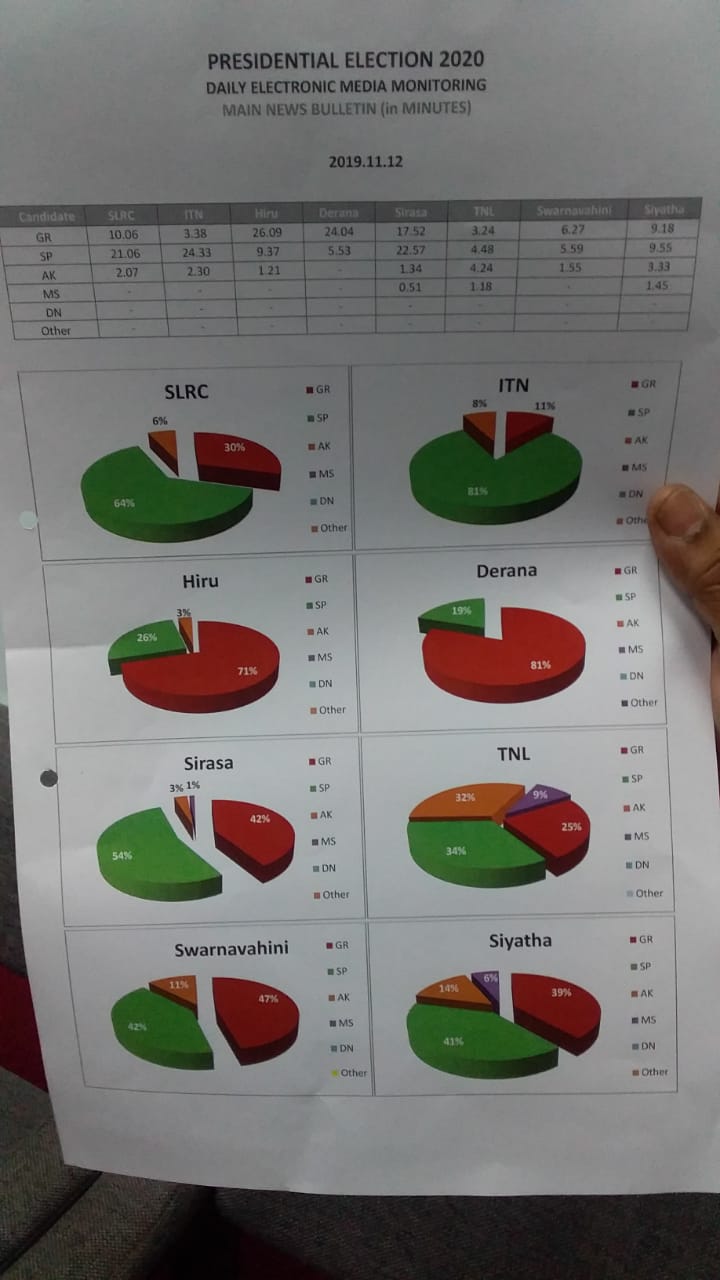 He added that they will punish each and everyone who had violated laws, after the election.

The Chairman noted that the monitoring was conducted by the ministry. He said the NEC has faced a situation where they had to decide whether the connection of some institutions should be removed.

He noted that they hope those who are engaged in social media act in a proper manner during the period of hiatus.

He went onto note that operating of election propaganda offices from 12 midnight tonight is strictly prohibited. Deshapriya added that the office can stand, but all posters and cut-outs should be removed.

Chairman of the NEC Dehsapriya noted that if there is a party office within a 500m radius of a polling center, it should be removed. He said they will hold the final meeting tomorrow (November 14) with the candidates or a representative of the candidates.

He pointed out that they fear that the initial cost estimated at 7 to 7.5 billion might increase further. He noted that the money they require will be provided today, tomorrow and the day after and the payments will come after the election. He stressed that it is when they might run out of money.

The Chairman noted that it is everybody’s right to carry out a protest according to a roster, to express their opinion, however, if there are any protests which are being carried out in this manner, they requested the Police to stop these by midnight tonight.

He noted that they are extremely disappointed to see political propaganda being put forward in the guise of religious activities. He said they remember, during the previous election, a certain media institution broadcasted a religious event, displaying a certain symbol and it was stopped. He stressed that this is happening now as well.

Mahinda Deshapriya said he is not surprised these things happen, in a country where they post videos of conversations people have with him. He said he does not say anything in fear because it may get publicized.

“We saw a chain message being forwarded, requesting all religious places to hold sermons and poojas to obtain blessings for the country. That is not an issue, but we do have one request. When you are praying, pray on behalf of the Election Commission as well. Hang our pictures during Bodhi Poojas. Because we believe that would offset the negative remarks thrown our way.”