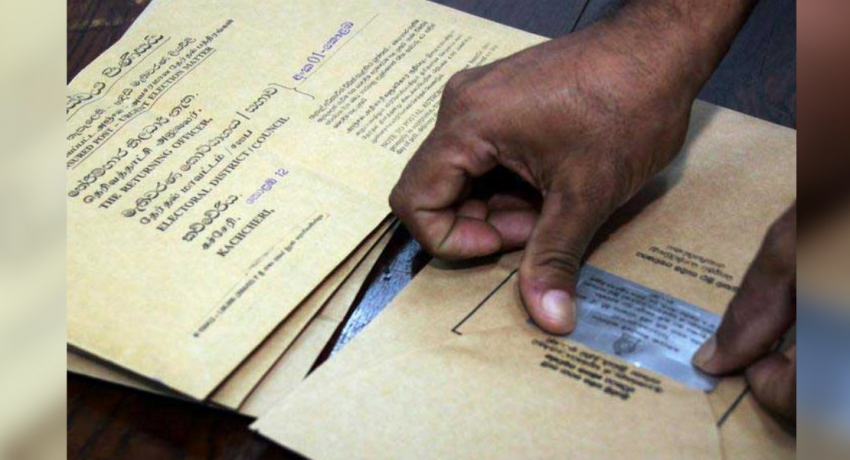 COLOMBO (News 1st):- The official polling cards for the upcoming Presidential election are due to be submitted to the post office today (October 25). The Commissioner-General of the National Elections Commission, Saman Sri Ratnayake states that the distribution of the polling cards will occur at all district secretariat offices.

Post-Master General Ranjith Ariyaratne states that the distribution of the polling cards among the general public will commence from tomorrow (October 26).

Acting Police media spokesperson, DIG Ajith Rohana says that the process of distributing the polling cards will take place under a special security mechanism. Eight thousand police officers have been deployed for the purpose.