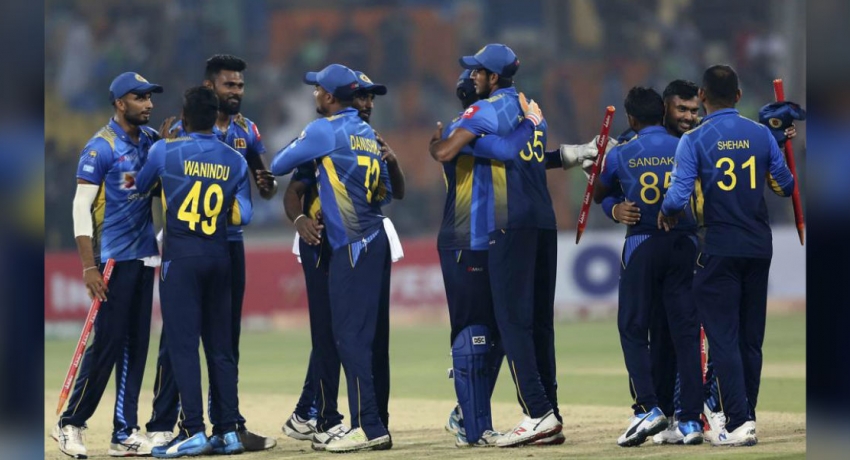 Sri Lanka beat Pakistan in a T20 after 6 years

Sri Lanka beat Pakistan in a T20 after 6 years

A large number of senior members of the Sri Lankan team did not participate in this tour due to security reasons.

The Sri Lankan team that included a number of young players took on the top T20 team at the Gaddafi Stadium yesterday.

Dasun Chanaka who captained his first T20I match was dismissed for 17 runs. At the end of 20 overs, Sri Lanka were 165 runs with 5 wickets remaining.

For Pakistan Babar Azam scored 13 runs while captain Safraz Ahamed was dismissed for 24. Iftikhar Ahmed was run out while on 25 runs. None of the other Pakistani batsmen made double figures.

At the end of 17 overs and 4 balls, Pakistan was bundled out for 101 runs by the Lankans. Sri Lanka won the match by 64 runs. Nuwan Pradeep and Isuru Udana took 3 wickets each.

Danushka Gunathilake was adjudged man of the match. Dasun Shanaka, Captian of the Sri Lankan T20 squad shared that the young team analyzed the game methodically and executed it accordingly to emerge victorious.