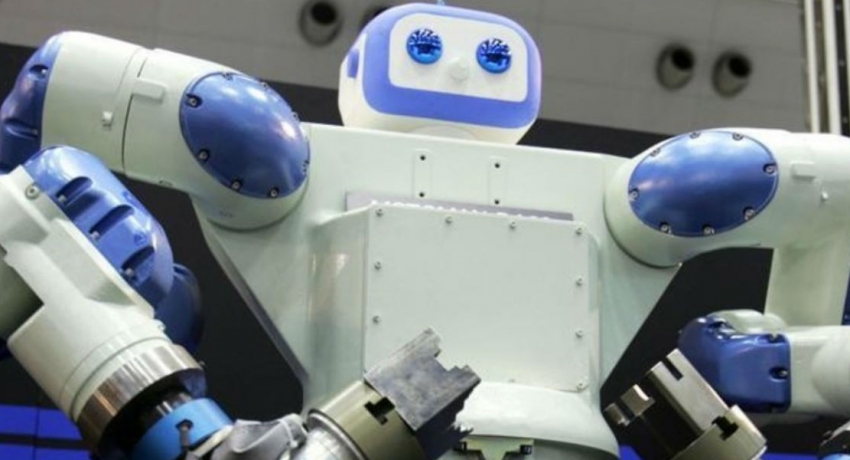 Bycraft was born with a birth defect afflicting his right hand, and his students were so inspired by him that they built a robotic arm from LEGO to demonstrate their engineering skills. While Bycraft said he doesn’t wear a prosthetic himself, the robotic hand demonstrates how robotics can be a force for good.

“I love building and making with my hands, and I always have. It’s just interesting since I don’t have one,” Bycraft told Reuters at Korea International School in Seongnam.

“I like that they (students) can see someone who has a disability, and a disability you think would really affect your life, still being successful in an area that is hands-on, even though you don’t have a hand.”

From programming code to building the structure of robots, students were tasked with working in a group and testing creative vehicles and devices, such as the robotic hand.

“I really want robots that help people. For example, like people that can’t walk…That’s like my dream robot,” she said.

The young engineers were using LEGO Mindstorms EV3, part of the education range that tackles subjects like engineering, coding, and physics. Kits include servo motors, various sensors and intelligent bricks that contain programming code to control robotics, according to the company.

Ahead of UNESCO World Teachers’ Day on Saturday (October 5), students at the school were challenged to develop a vehicle that moves forward without wheels; part of Bycraft’s mission to enforce the development of problem-solving skills and working together as a team.

“In the real world, failure is a part of your job and you’re going to have things mess up, and technology makes a nice safe area for people to error and struggle and then fix their problems, right? said Bycraft, adding: “Here, it’s just like “No, fix it” and I love that with kids and if we get that mindset in them at an early age, that’s going to help them no matter what they do.”