COLOMBO (News 1st):- During a media briefing of the Siyanaa Gajasavi Balakaya that was held in Thihariya, Gampaha today, former Pradeshiya Sabha member, Keerthi Korathota said that there are new rumours that 30 of them are to be appointed for the working committee which is something that should have been done earlier. He questions the people as to why these appointments are made all of a sudden and said that it is because the leader works to the tunes of just 4-5 members of the party. He further said that it is up to the leader to decide if he is going to listen to the opinion of the public or just those particular members. Korathota added that if he (Ranil Wickremesinghe) remains as the Prime Minister that is more than enough for him, more than enough even if the party is destroyed.

Venerable Ihalayakkure Rahula Thero of the Siyana Gajasavi movement also speaking at the event said that even in a background where the representatives of the tri-sects are requesting that Minister Sajith Premadasa be appointed as the Presidential candidate that he cannot understand why he himself cannot understand this. He added that Ranil does not even respect the Maha Sangha and that he is somebody who does not even obey the advice given by them. Meanwhile, the Ja- Ela Pradeshiya Sabha member, W.S. Sanjeewa Perera called the Prime Minister’s attention on the fact that the people are not ready to vote for the UNP if Sajith Premadasa is not put forward as the candidate and that the public should not be pushed to the extent where they would egg him and insult him. M. J.M. Safran of the Siyana Gajasavi movement also said that they should not be pushed to an extent where they would go ahead and burn their votes and that Sajith Premadasa, a young leader should be appointed for 2020.

Meanwhile, another phase of the “Samata Sewana” program got underway in Agunakolapelessa, Hambantota recently. The event was held at the Mahaweli Stadium in Angunakolapelessa to provide benefits to 947 families in the area, worth Rs. 85.1 mn. The ceremony was held under the auspices of Deputy Leader of the United National Party Minister Sajith Premadasa. Housing loans and funds were provided during the ceremony.

Addressing the people gathered, Deputy Leader of the UNP Minister Sajith Premadasa said that one could now observe how a majority expresses positive opinions on him coming forward as the Presidential candidate while another group criticizes. He said that those who oppose are the ones who fear to hand over responsibilities to someone who completes them, to someone who will serve the nation properly. He assures the people that he will not accept the responsibility of this nation to develop the standards of his family but will instead crown the citizens of this nation. 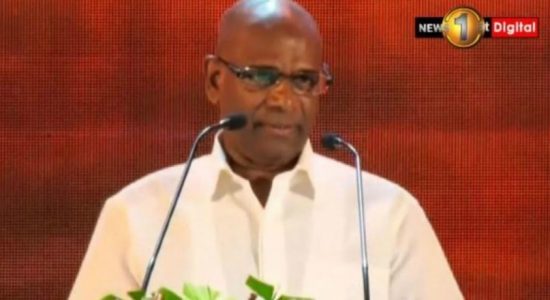