COLOMBO (News 1st) – Politburo member of the Janatha Vimukthi Peramuna K.D. Lalkantha said that print media had reported that Prime minister Ranil Wickremesinghe has instructed Karu Jayasuriya to get JVP on board with them and if he succeeds he would be nominated as the presidential candidate all the while promising Minister Sajith Premadasa nominations if he manages to secure TNA and Muslim parties to the UNP.

He added that however, some are trying to build an opinion posing Gotabaya Rajapaksa as a threat and in order to oppose him they should gather around Karu Jayasuriya.

He went on to note that it was the duty of the National People’s Power Movement to support the opposition to the demon, Gotabaya Rajapaksa which if they do not would be a grave crime.

He finally stated that they do not know whether Minister Sajith Premadasa has the courage to save the sinking ship or to leave and contest alone as he has the support of the number of MPs. 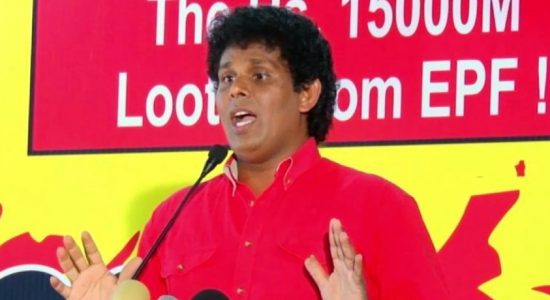 “We will support a Parliamentary System” – K.D. Lalkantha

"We will support a Parliamentary System"

"Ranil W. was the chief planner of the bond scam"

JVP calls for probe into connection between PM and former...