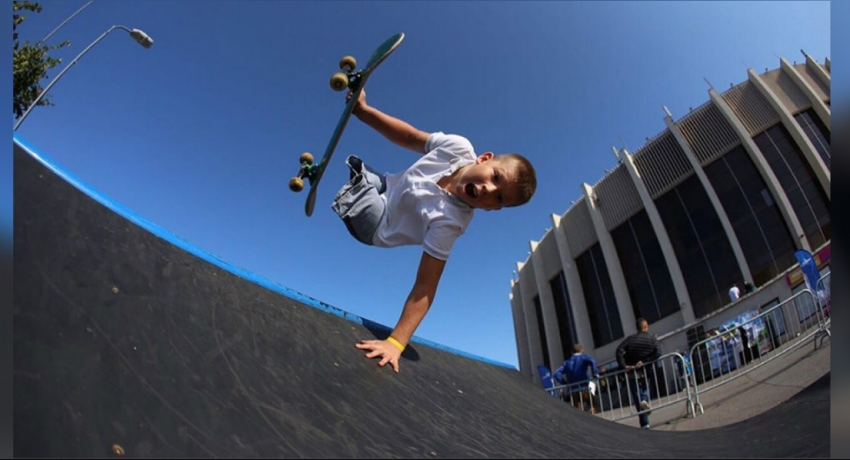 Reuters – Russian 10-year-old skateboarder Maxim Abramov recently woke up to find thousands of new followers on his Instagram and dozens of personal messages from people across the globe after a video of him was re-posted by skateboarding legend Tony Hawk on September 12.

Hawk shared a video of Maxim filmed by his coach, Pavel Mushkin, with his 4.6 million followers calling the boy his ‘new favorite skater’. When asked what he felt about it – Maxim – who is called Max by his coach and friends – said he couldn’t describe the feeling before jumping with his hands.

Max’s first skateboard was simply a way to make getting around easier for the boy who lost both his legs when his bed caught fire when he was just 18-months-old.

The tragic incident was widely reported in Russian media when it happened in 2011. Max’s biological mother was eventually charged with neglect and lost parental rights as a result of the tragedy.

Max was later adopted by a family in St Petersburg and now he plans to become a professional skateboarder.

He says that at first, a skateboard was just more comfortable than his prosthetic legs until one day he accidentally rolled into a skate park and was approached by a coach. Today he performs difficult tricks and is praised by his coach for being focused and tireless.

Pavel Mushkin says Max trains hard and takes part in all available competitions he can with the hopes of one day taking part in the Paralympic Games, although for now, skateboarding is not part of the competitions.