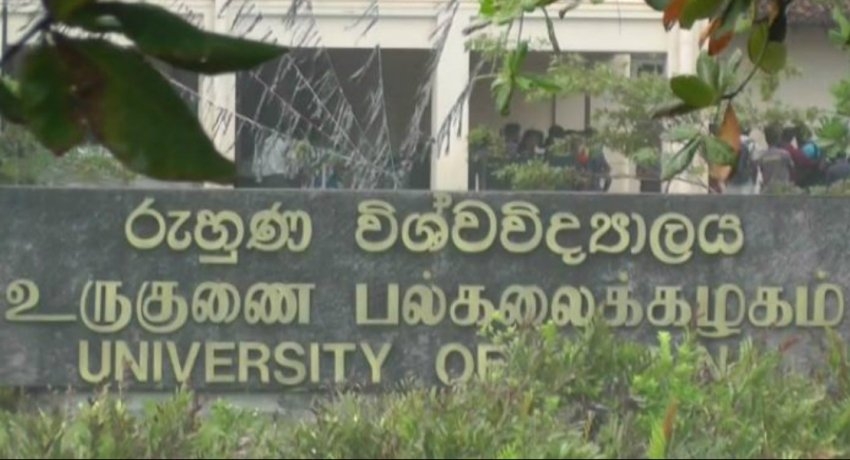 Vice-Chancellor, Senior Prof. Dr. Sujeewa Amarasena noted that the strike has affected the academic activities of the students. He added a faculty meeting will be held and a decision taken regarding whether to close the university temporarily.

Yesterday several university staff members entered the administrative building and attempted to reach their fingerprint machines to mark their arrival for work. According to our correspondent in the area, the machines were obstructed by a group of students. Following a discussion between the two groups, the students had agreed to leave the premises.

However, following an incident, a tense situation was reported and the security detail of the university intervened. The trade unions reported that several members including security personnel were hospitalized following the dispute.

Meanwhile, it was reported that the security personnel at the university premises had left their posts following an assault last night. Our reporters in the area noted that police personnel have been assigned to guard the main entrance of the university.