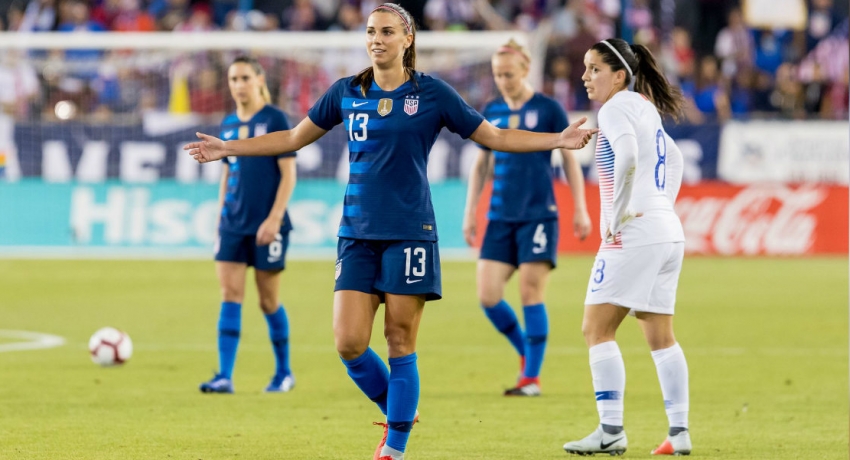 REUTERS: It will be days before the United States take the field for the Women’s World Cup final, but team USA’s fans have already set up camp in the City of Lyon where the final against the Netherlands will be held on Sunday (July 7). But while their compatriots were celebrating the July Fourth holiday of U.S. Independence Day with cookouts and fireworks back Stateside Thursday (July 4), Americans in Lyon were taking in a taste of the Old Continent.

Lyon, a city in the southeast of France is known for its small streets, historical buildings and its food, something American tourists told Reuters they have taken a liking to. The city has much on offer and some tourists jumped at the chance to take a bike tour of the city while they patiently wait for the soccer to pick up again. But while may be relaxing to ride around Lyon, the big game is on everyone’s mind.

For Eddie Coats, who lives in Washington DC, it’s simple: Rapinoe’s side is too good for The Netherlands defence, he says. Lyon has been draped in the red, white and blue since the start of the semi-finals on Monday (July 1). And U.S. tourists must have been confident of their chances as many booked accommodations and tours for the whole week leading up to the final with anticipation.

The founder of Lyon Bike Tour, Cedric Thoule, said 90% of his bookings this week were made months ago by U.S. tourists while on a normal week, Americans usually represent only 50 percent of his clientele. Another group of U.S. visitors Reuters came upon headed straight for France’s famous cheese. Win or lose, for many American fans, it was an adventure worth taking. The United States will face the Netherlands on Sunday at Lyon Stadium with kick-off slated for 1500GMT.