Colombo (News1st): Convening a media briefing at the temple trees today (November 28) MPs representing the UNP revealed that a proposal to cut off the funding of the prime minister will be presented in parliament tomorrow (November 29).

Speaking at the media briefing UNP MP Thushara Indunil stated that if the government has a majority, they can file an objection and remove the speaker from his seat.

He noted that government MP’s are boycotting parliament and are acting like a gorilla army. He asked them not to engage in politics while in hiding and to face the battle out in the open in a democratic manner.

Speaking at the meeting MP Harin Fernando said that he clearly stated that Sajith Premadasa will be brought at the next election.

He went onto note that the party nor the prime minister has any issues with it, but he apologized to the group who were unsettled by this. MP Fernando requested that if anyone is reporting his story to publish the entire speech of 45 minutes. 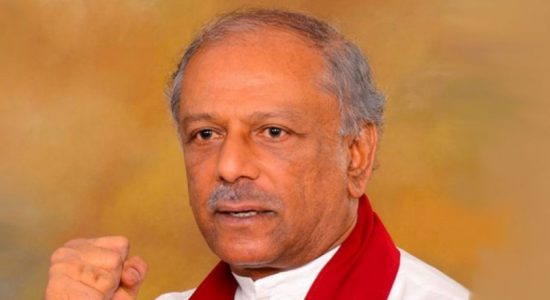