1.30 pm – MP Ranjith Maddumbandara calls for an investigation on the Director of the Anti-Corruption movement Namal Kumara.

1.18 pm – In a press conference organized by the ruling party within the parliamentary premises, UPFA MP Nimal Siripala Silva has stated that they decided to boycott parliament due to the speaker’s stance on the current political situation of the country. Further, they have requested for the Hansard to be terminated.

COLOMBO (News 1st) – Parliament is due to convene at 1 this afternoon.

The public gallery and the special invitees gallery at parliament will be closed today as well. No one would be allowed inside the gallery except for media personnel.

Police Special task force has taken steps to beef up security in and around Parliament, today as well. In addition, a senior official attached to the Police Special Task Force added that special teams are on standby. 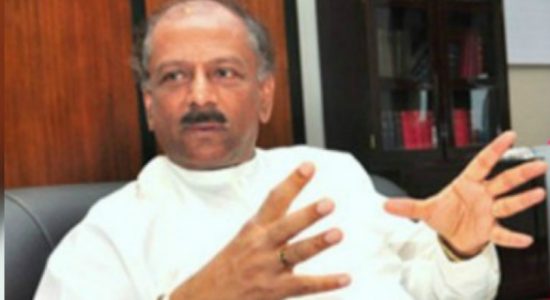 Only Ranil and Sumanthiran know details about the new constitution – MR

Parliament to convene at 1.00 pm

Only RW & Sumanthiran know about the constitution

Parliament to convene at 1.00 pm