Reuters – Beneath the corsets and petticoats lie a turn-of-the-20th- century real-life tale of feminism and gender politics that is just as relevant today, the filmmakers say.

Under pressure, she agrees to ghostwrite for her husband what turns out to be a best-selling novel. She later fights him over creative ownership of the book, divorces him and embarks on a shocking gay love affair with androgynous artist Mathilde “Missy” de Morny.

Knightley, whose previous historical movies include “Pride & Prejudice” and “The Duchess,” said she was taken aback by how current the “Colette” script felt. “The conversations we are having in the film about gender politics and sexual politics about feminism are still exactly what we are having today,” the British actress told Reuters.

“There’s something kind of tragic that a hundred years later we’re still talking about this and we still haven’t figured it out,” she added. As well as depicting Colette’s fight for independence, the movie portrays her as a pioneer of a new gender landscape.

Her relationship with Missy, detailed in Colette’s writings and featured in the film, exploded when the two shared a kiss onstage in 1907 during a show at the Moulin Rouge in Paris that prompted police to end the performance and nearly started a riot.

“This was a time before any of the words lesbian, gay, trans, bisexual were in common usage,” said director Wash Westmoreland. Knightley said she enjoyed playing a woman who lived her life the way she wanted to.

“It’s the story of a woman who’s finding her voice, who’s finding her true self, and allowing herself to live courageously,” Knightley said. “I think that she’s a maverick, and that’s always exciting to play.” 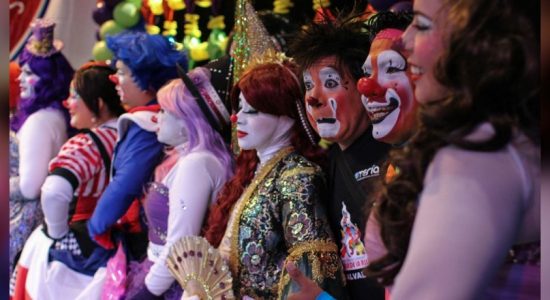