A stock of cigarettes alleged to have been illegally imported from Dubai, was seized by Customs.

Customs seized the stock of cigarettes that were in the possession of a Chinese woman who arrived in Sri Lanka aboard a flight that landed at 4:55 on Tuesday morning.

Customs officials said that the contraband had been concealed in her luggage, adding that the stock of cigarettes was worth Rs. 1.2 million.

Meanwhile, Customs also seized over 10 kilogrammes of tobacco powder and a number of expensive bottles of liqour that were being illegally imported to the country from China.

Customs officials said that two Chinese nationals were arrested, adding that the contraband was found concealed in their luggage.

Police arrested an individual in Bogawanthalawa, for the possession a narcotic known as “Tobacco.”

Our correspondents said that the suspect was arrested following a raid carried out by the Bogawantalawa Police. Police seized 16 kilogrammes of the said narcotics that were in the suspect’s possession.

Police said that the suspect is to be produced before the Bogawantalawa Magistrate’s Court. 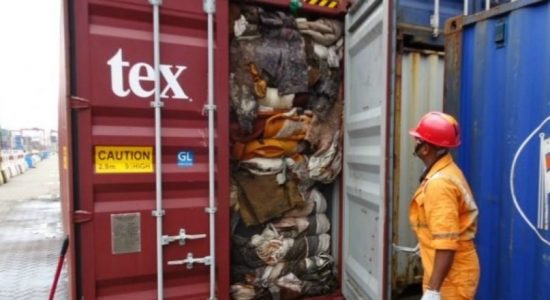