Academic activities of all universities in the country were hampered owing to the ongoing crisis within the university system. A group of over 13,000 individuals representing higher education institutions, which come under the administration of the University Grants Commission, are taking part in this trade union action.

The trade union action is being staged citing seven demands including a call to add the Rs.2500 rupee allowance into their basic salary.Non-academic staff of the University of Colombo staged a demonstration opposite the university compound this morning demanding that an immediate solution be give to their demands.

Academic activities did not take place at the university today owing to the strike action.

University of Colombo’s  senior lecturer Dr. Nirmal Ranjith Dewasiri, stated that the basic functions of universities such as lectures and examinations have been hampered and stated that this is an issue regardless of what aspect you look at it, may it be from the students’ aspect, the teachers and even the university.

Meanwhile academic activities of a number of other universities in the country were affected today.

Issuing a communique, the acting vice chancellor of the University of Sabaragamuwa announced that academic activities at the university will be temporarily suspended due to the strike action launched by university non-academic staff.The communique noted that all students must vacate the hostels before 6 p.m. on Thursday this evening.

Minister of Higher Education and Highways,Lakshman Kiriella stated that seven demands have been presented and six have been fullfilled. However,  the ‘seventh demand’ will have solutions by measure taken through the budget and requests have been made to Minister Ravi Karunanayake, stating the students’ recommendations

President of the University Trade Unions Joint Committee, Edward Malwattage charged that that the different statements made by the minister cannot be accepted and even during a discussion on the 22nd with the minister, at the office of the leader of the house, an agreement could not be reached

Meanwhile, the Federation of University Teachers’ Association also warns the government of a future course of action 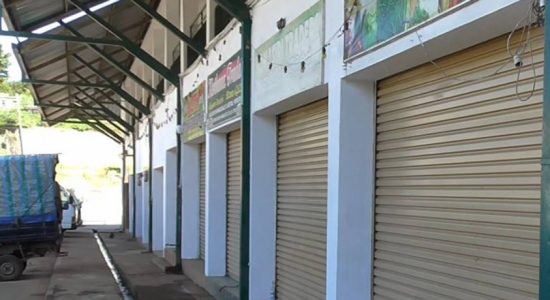