Jaffna housing project initiated under auspices of the President

Jaffna housing project initiated under auspices of the President

A housing project to construct 65,000 houses in Jaffna, commenced under the auspices of President Maithripala Sirisena on Saturday. The inspection of the first house took place on Sunday.

Minister of Rehabilitation, Re-settlement and Prison Reforms, D.M. Swaminathan stated that at meeting held on Saturday night, the chief minister had said that the people must refuse these homes, but he has made this statement without looking at these houses

“These houses have been provided to us with good facilities”, he said explaining that “This is a good project for those who have been waiting for so long after requesting for a house and after writing letters to which never received a response and that a majority of the people like these houses.”

Minister of Law and Order, Sagala Ratnayake pointed out that if 137,000 houses were to be built according to the old system it would take ten to fifteen years to complete and hand them over to the public and it takes about four years to complete 65,000 houses.

He added that Morotuwa University will be requested to help and give the necessary instructions to change these houses to suit the area. 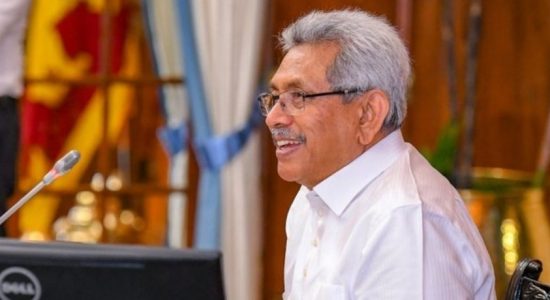 Sagala at Police Unit of PCoI on 2019 Terror Attacks; Ranil to appear on 31st August

Sagala at Police Unit of PCoI on 2019 Attacks

There is freedom of expression : Hirunika