Reflejo (Reflection in Spanish), an exhibition of Cuban and Sri Lankan artists was inaugurated at the J.D.A. Perera Gallery, of the University of Visual and Performing in Colombo on Thursday.

The event is being organised by the Embassy of Cuba, on the occasion of the 57th Anniversary of the Triumph of the Revolution, which fell on January 1, this year.

“My dream was to build relationships, People to people relationships, as the only way to advance forward, to make progress together because governments come and go, but people remain,” said the former Sri Lankan Ambassador to Cuba, Tamara Kunanayakam, addressing the event

With over 50 works on display,  many of them consisting popular Sri Lankan and Cuban elements, the exhibition reflects on the relationships and understanding that exists between the two countries that spans nearly six decades.

Minister of Special Assignments,Dr. Sarath Amunugama noted that Sri Lanka and Cuba have always had a friendly relationship and the policy of the two countries have always been “to be friends with everybody, and enemies of none.”

Cuban Ambassador to Sri Lanka and Maldives, Florentino Batista noted that the exhibition is “thanks to a a huge investment in culture for more than 40 years since the Cuban revolution was done.”

Cuban artist, Aristides Hernandez noted that the paintings are a representation of artists working together in art

“We try to use images that have things to do with Sri Lankan culture and religions,” he said

A large number of distinguished guests, including parliamentarians, ambassadors and members of the diplomatic corp participated at the inauguration.

Refleos is hosted in Sri Lanka by the University of Visual and Performing Arts, and will be open until January 31 from 2 p.m. to 7 p.m..The exhibition boasts of exquisite works of 22 Cuban and four Sri Lankan artists that will interest audiences of all ages. 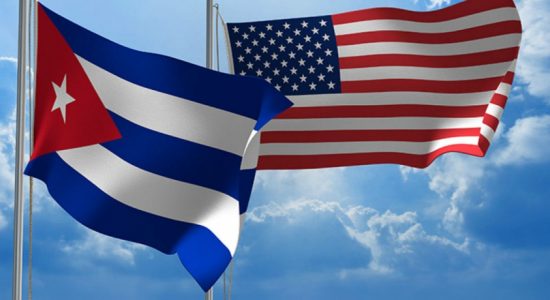