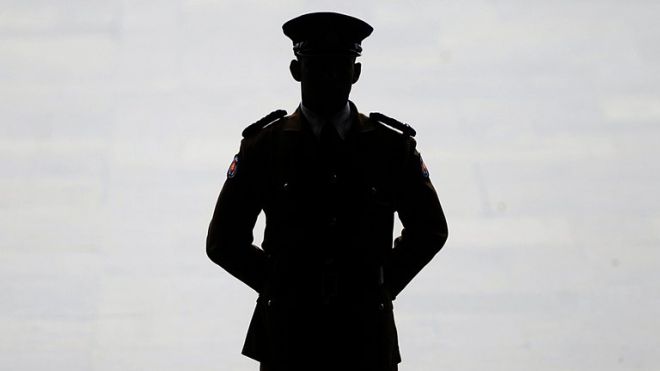 The Former OIC of the Narahenpita Police, Chief Police Inspector Upul Dhammika Gunatilleke was remanded until  December 7, after he was produced before the Hulftsdorp Magistrate’s Court on Friday December 4.

Officers attached to the Bribery Commission arrested the former OIC of Narahenpita Police on charges of soliciting a bribe of Rs. 2.5 million.

According to the Director of the Investigations Unit of the Bribery Commission Priyantha Chandrasiri, the suspect OIC had been evading the commission for over a week.

He was charged with soliciting Rs. 2.5 million from a bribe of Rs. 7.5 million to not apprehend a suspect with regard to a complaint that was made to the Narahenpita Police on the creation of forged documents.

Earlier, the Crimes OIC of the Narahenpita Police was arrested over the matter.

Priyantha Chandrasiri stated that the extensive investigation into the incident has  revealed that the former OIC was allegedly directly involved with the incident.