A special sitting of parliament was convened on Wednesday, to approve the appointment of three civil society representatives for the constitutional council, following which the house was adjourned without the debate being taken up. An argumentative situation arose in parliament when MP Dinesh Gunawardena posed a question when the house convened.

Leader of the Mahajana Eksath Peramuna, MP Dinesh Gunewardena stated that the Governor of the Central Bank is required to take oath or make affirmation under the 4th and 7th schedules of the Constitution.

He went on to ask if the CBSL Governor has the capacity to make the required oath affirmation in view of any conflicting oath to any other country and if the honorable prime minister agrees that there are ample grounds for invoking section 16 C of the Monetary Law which declares that the Governor can be removed if he has done any act or thing which in the opinion of the President is manifestly opposed to the objects and interests of the Central Bank and the constitution of Sri Lanka?

Prime Minister,Ranil Wickremesinghe in reply to this stated that Arjuna Mahendran was born in Sri Lanka as a citizen of Sri Lanka and that he was brought up in Sri Lanka and was forced to leave his job and go abroad because of the Rajapaksa regime. He added that, it is former President Mahinda Rajapaksa, who is the respondent to the question posed by the honourable Dinesh Gunawardena and it was not only Arjuna Mahendran.

He went on to add that by 2006, an environment where esteemed citizens of this country who bore dissenting views to the Rajapaksa regime, could no longer remain in the country, was created by the Rajapaksa regime and that Tamil MPs friendly to PM’s supporters like Joseph Pararajasingham, Raviraj and Maheswaran, were lost. He also added that a major terror prevailed in the country then and that is why Arjuna Mahendran had to go to Singapore to work and if he did not go Arjuna Mahendran may have met the same fate as a large group of people like Lasantha Wickremetunge and Prageeth Ekneligoda.

He added that it was this dark chapter that the people of this country ended with a revolution on the 8th of January and it was decided to bring back those who left the country out of fear for their lives.

He went on to note that it was not only Arjuna Mahendran that was brought back and that the Rajapaksa regime appointed a person who was not an economic specialist at the very least, as the Governor of the Central Bank and they did not, at the very least, inquire into allegations of financial racketeering. And following this appointment, difficulties arose with the day to day functions of the Central Bank. He went on to further add that it became necessary to obtain the service of economic specialists and as a result they obtained the service of Dominique Strauss-Khan who was not only an economic specialist but also an individual accused of rape.

Subsequently, the time came for the presenting of the motion for which the special sitting of parliament was convened today, the approval of the names of the three civil society representatives for the constitutional council was sought, as established under the 19th amendment. The PM noted that the opposition leader and him talked about it and there is a need to obtain written agreements for the three nominees. 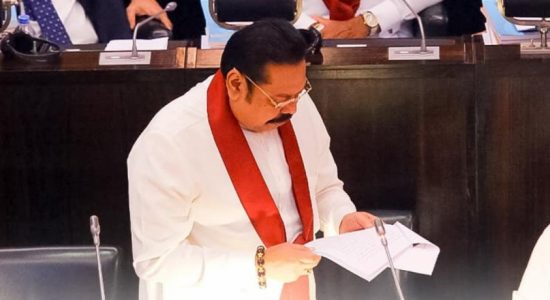 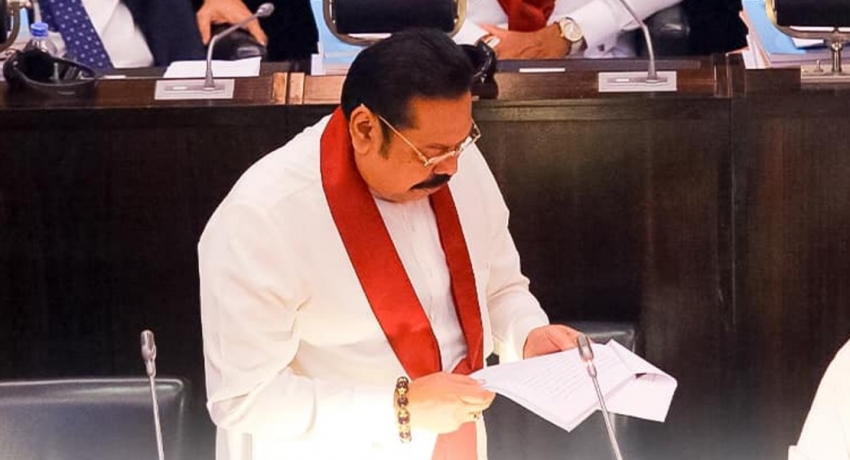