The stage is set for the Grand Finale of Sri Lanka’s first ever sports reality programme Super Fighter.

The final bouts will take place Sunday at a boxing ring set up according to international standards at the Stein Studios in Ratmalana.

The finalists of Super Fighter were escorted to the Stein Studios in Ratmalana from the training camp in Pallekele, Kandy amidst public cheer.

Super Fighter is a joint initiative of MTV/MBC, News 1st and M.A.S.Holdings , with the aim of bringing home a gold medal in Boxing at the 2020 Olympics.

The eight finalists who will battle it out Sunday commenced their journey to Colombo Saturday morning from the M.A.S Holdings premises in Pallekele, Kandy.

Students from Vidhyartha College Kandy welcomed the Super Fighters at the Kandy town.

The band of Peradeniya Central College welcomed the Super Fighters with their very own procession.

Amidst the continuing cheer of sports fans, religious observances were conducted in the Mawanella town.

An event was organised in Belummahara to welcome the eight finalists to Mawanella.

The motorcade reached the training camp in Ratmalana on Saturday evening.

Isanka Sanjaya from Vidyartha College Kandy will compete against Krishmenan Sindujan from Royal College, Colombo in the 49-kilogramme weight class category at the grand finale of Super Fighter at Stein Studios in Ratmalana.

Lasith Sandeepa Dassanayaka from Kingswood College will battle it out against Budhdhika Manaram from the Kalyani Pradeep Science Institute, Delgoda to win the 52-kilogramme weight class category.

Bhanuka Jayampathi a student of the Vidyarathana University College, Horana will compete against Nuwan Kumara Amarawansa from Peradeniya Central College in the 56-kilogramme weight class.

In the 60-kilogramme weight class category, Sandeepa Samarasinghe of Vidyarathana University College, Horana will be pitted against Lakshan Liyanage of Ananda College, Colombo.

All preparations have been made at Stein Studios in Ratamala to host the grand finale of Super Fighter which will kick off on Sunday at 6 p.m. 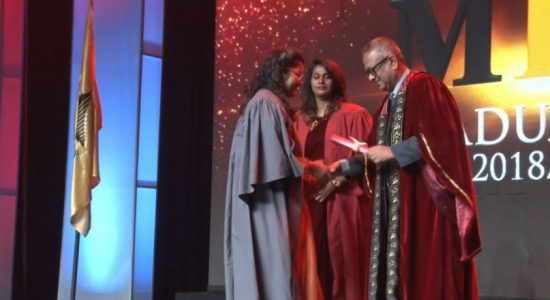