Argentina will meet Germany in Sunday’s World Cup final at the Maracana after winning a penalty shootout to eliminate the Netherlands.

Story of the match:

After 120 tedious and goalless minutes that were in stark contrast to the spectacular shock of the first semi-final between Brazil and the Germans, Argentina prevailed and a repeat of the 1986 and 1990 finals – when they played West Germany – will be played out in Rio.

Goalkeeper Sergio Romero was the hero with penalty saves from Ron Vlaar and Wesley Sneijder, while opposite number Jasper Cillessen was unable to repeat the feats of his deputy, Tim Krul, in the quarter-final win against Costa Rica.

And for Brazil, a nation still coming to terms with their worst defeat after being crushed 7-1 by Germany in Belo Horizonte, there is arguably the even more harrowing prospect of seeing fierce rivals Argentina lift the World Cup in the iconic surroundings of the Maracana.

Germany will be favourites after the manner in which they destroyed Brazil but there is streak of steel running through Alejandro Sabella’s side that offers resilience beyond the genius of Lionel Messi.

Ahead of kick-off, Argentina fans were hopeful that their team could reach their fifth World Cup final

Dutch coach Louis van Gaal – who will now complete the formalities by guiding his side in Saturday’s third/fourth place play-off before taking over at Manchester United – employed first the returning Nigel de Jong, then Jordy Clasie, to shadow Messi.

The plan succeeded but Van Gaal’s problem was his side’s failure to pose any attacking threat, with Robin van Persie peripheral and substituted, and Arjen Robben only able to deliver their first shot on target after 99 minutes.

That Argentina’s chances were at a premium was down, in large part, to Aston Villa defender Vlaar, the game’s outstanding performer at the heart of the Dutch defence. He did not deserve the cruel fate of being one of those to miss a penalty.

So to Sunday’s showpiece and the repeat of the 1986 final, which Argentina won 3-2 to record their last World Cup triumph, and West Germany’s 1-0 victory in Rome four years later, which was their last win.

Argentina will see the prospect of winning in Brazil’s heartland as the perfect incentive. Earlier in this tournament, their supporters had flooded across the border in thousands in a show of support and they will do so again.

This was not a spectacle of any sort, but as firecrackers went off among Argentina fans and their players celebrated in front of them in the Sao Paulo rain, they did not have a care.

The pattern was set from the opening moments as De Jong’s role – upon his surprise recovery from a groin injury – became clear. He was to stay in close proximity to Messi in an attempt to stifle Argentina’s main creative force and, to a large extent, it worked.

Messi, however, cannot be kept completely quiet and he produced the only serious test for either goalkeeper in a stale first half when his free-kick was held comfortably by Cillessen after Vlaar fouled Enzo Perez.

Robben’s lack of influence was reflected in the statistic that he only had four touches in the first 45 minutes, also an indication of how the Netherlands had failed to test Argentina’s defence.

As heavy rain poured down on the Arena de Sao Paulo’s uncovered stands after the interval, and some fans decided to seek shelter out of sight of the game, the stretching Gonzalo Higuain came closest to breaking the stalemate when he steered Perez’s angled cross into the side-netting.

Sabella made a double change with 10 minutes remaining, sending on Aguero and Rodrigo Palacio for Higuain and Perez, but still there was no invention or ambition.

Van Gaal even sacrificed the listless Van Persie in extra time – his third change, a move which deprived the coach of the opportunity to introduce Krul again – and the tedium was lifted when Robben produced the first Dutch shot on target after 99 minutes. It was saved easily by Romero.

In a rare spell of excitement, Cillessen saved from Palacio and Maxi Rodriguez but there was no escaping the almost inevitable conclusion of penalties.

Vlaar had his opening penalty saved by Romero and, when Sneijder missed their third, the Netherlands’ fate was effectively sealed.

Robben and Dirk Kuyt scored but Argentina were unerring, with Messi, Ezequiel Garay and Aguero on target before Rodriguez’s kick sent Sabella’s side to Rio.

Until the shootout, excitement levels were low for soaked supporters inside the Arena De Sao Paulo 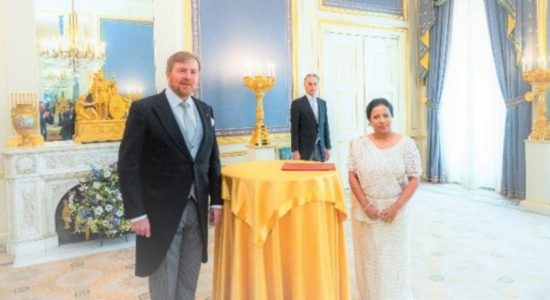 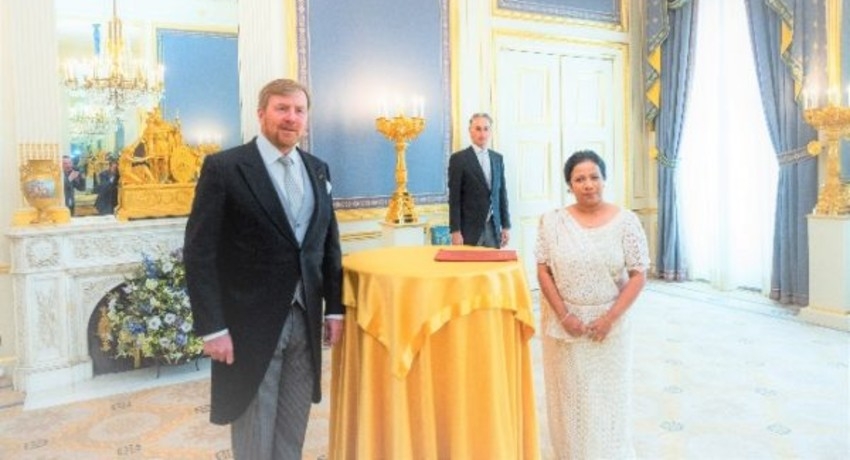