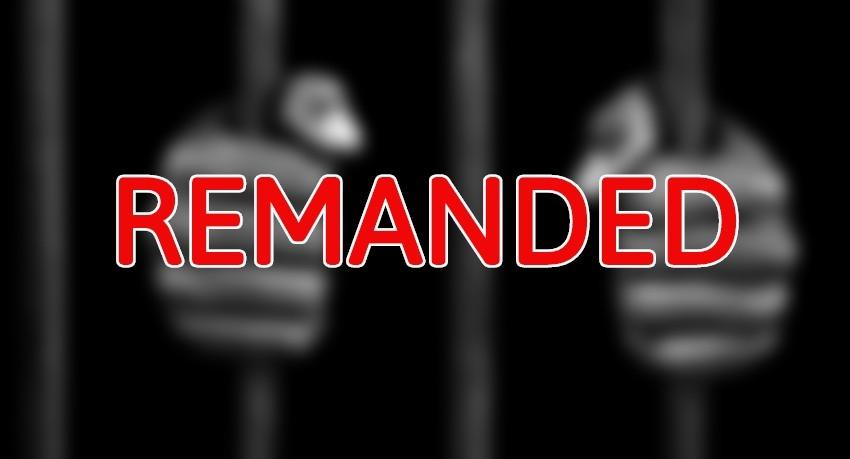 COLOMBO (News 1st) – The former 3rd Secretary of the Sri Lankan Embassy in Oman E. Kushan who was arrested by the Criminal Investigations Department was remanded to the 13th of December 2022 by the Colombo Chief Magistrate's Court.

The Former 3rd Secretary of the Sri Lankan Embassy in Oman was arrested on Tuesday (29) morning by the Criminal Investigations Department at the BIA upon arrival.

He reached Sri Lanka aboard a flight from Muscat, Oman.

The Former 3rd Secretary of the Sri Lankan Embassy in Oman was grilled by detectives for over six hours, and was then taken away to the Human Trafficking, Smuggling and Maritime Crime Investigation Division.

This embassy staffer, who is currently under suspension, had also produced a letter bearing the signature of the Sri Lanka Ambassador to Oman, noting that he was unwell.

The former 3rd Secretary of the Sri Lankan Embassy in Oman, E. Kushan  faces allegations of sexual misconduct towards Sri Lankan women stranded in Oman, and held at the embassy safe-house.

The CID informed the court that the 3rd Secretary of the foreign mission was arrested after recording statements from the 1st and 2nd Secretaries of the Sri Lankan Embassy in Oman.

Defense Counsel informed the court, that their client was not connected to any of the allegations or human trafficking.

They pointed out that the allegation was made by one woman who led a group of other women to break out of the safe-house in Oman, and she made the absurd allegation as measures were taken to bring her back to the safe-house.

Counsel requested for bail for their client under any bail condition. However, the CID pointed out that the suspect was arrested based on a warrant obtained from court after making the relevant submissions.

The Criminal Investigations Department told the court that a complex investigation is taking place with regard to trafficking Sri Lankan women to Oman using Oman, sexually exploiting them, and using them for various other activities.

Therefore, the CID said that granting bail to the suspect pending investigations would obstruct the inquiry, and thereby the Chief Magistrate rejected the bail request.