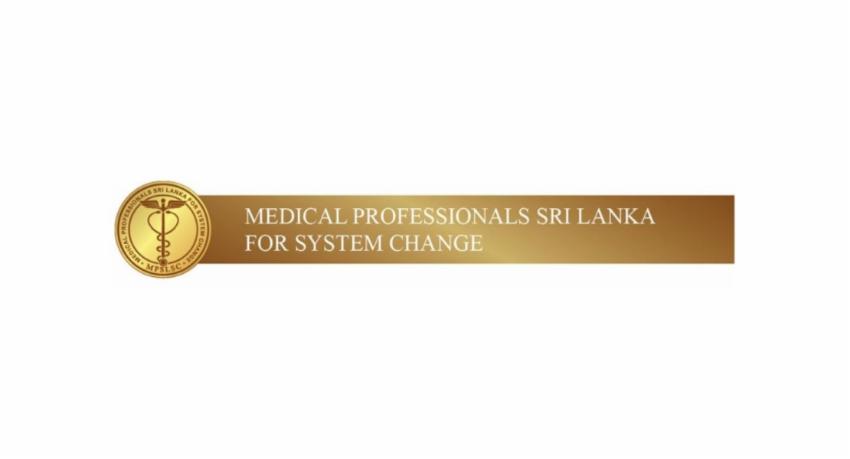 COLOMBO (News 1st); The Medical Professionals Sri Lanka for System Change have demanded an immediate stop to the 'continuing arrests and incarceration of peaceful activists under the guise of imaginary charges', and further appeals to the 'President and his Government to rethink their strategy and do their utmost to give relief to the suffering masses'.

In a communique, the Medical Professionals Sri Lanka for System Change state that 'the new President made it his top priority to use the Police and other forces available to him, to apprehend the peaceful protesters and imprison them using the emergency powers as well as the much maligned Prevention of Terrorism Act (PTA), a piece of draconian legislation vehemently condemned by international human rights organizations over the years. Although the state of emergency has been lifted, purging of dissidents continue, over 3000 arrested so far, latest victims being a popular actress remanded for one week and student leaders incarcerated for up to three months or longer under the PTA.'

'Many government goons including parliamentarians and police officers, easily identified on video evidence as attackers of the peaceful protesters, have been enlarged on bail and are roaming freely dispensing their own brand of venom on the people. Some have just been appointed as ministers to join their notorious colleagues already indicted for committing crimes or found guilty of various crimes and are on pending appeals', the statement reads.

The Medical Professionals Sri Lanka for System Change statement says, 'We are very concerned and disheartened about recent developments which, we understand, can lead to adverse consequences'. They point out, 'People had a ray of hope when the International Monetary Fund (IMF) appeared to have agreed to a relief package at staff level. Although not fully made public, one of the IMF recommendations is supposed to be to cut down government expenditure drastically. Thus people were taken by surprise and much dismay when the President went ahead appointing at least thirty-seven new State Ministers. Although claiming to receive only an MP’s salary, all the perks, allowances and other facilities that go to support a minister will no doubt cost billions to the public. As a result, all the corrupt lawmakers responsible for making the country bankrupt in the first place are now firmly re-established in the saddles of power'.