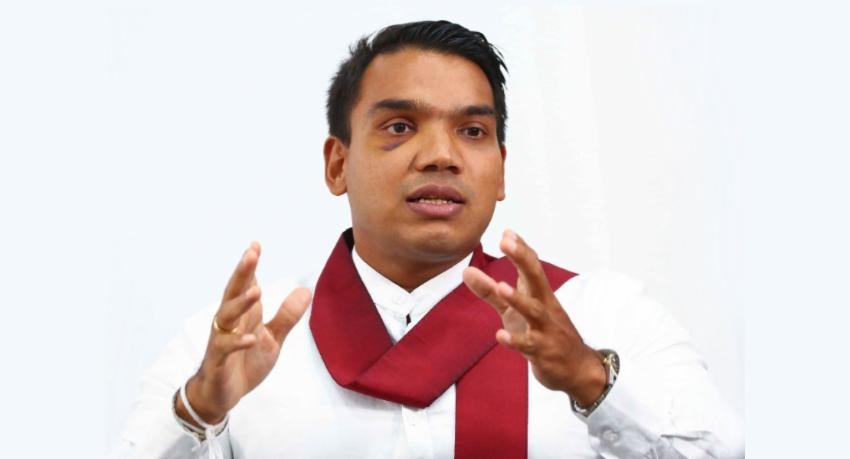 Speaking at an SLPP meeting held in Dedigama, the MP said that the situation today would have proven to be different if former President Gotabaya Rajapaksa implemented law against those who incited violence via social media.

However, MP Rajapaksa said that he is happy that the current President Ranil Wickremesinghe is implementing the law against them, as there is a challenging period ahead of Sri Lanka.

Stating that his political camp collapsed in an unexpected manner, MP Rajapaksa said that the mistake which they made was that they changed the people after promising to change the system, however let the newly appointed people function with the unchanged, old system.

Furthermore, MP Namal Rajapaksa said that it does not matter if the President goes alone on diplomatic visits, if families stay in queue to obtain their passport.

"It doesn't matter if the President removes his maroon scarf, if children in the country can only afford to eat a single meal per day," he mentioned.

However, MP Namal Rajapaksa emphasized that we will be able to build this country the day that system is changed.

Therefore, he said that the Sri Lanka Podujana Peramna will provide the necessary leadership to take Sri Lanka to the modern era, and will establish a new coalition for that putpose, and will create a favorable environment to fulfill the hopes of the people in the future, under the leadership of former Prime Minister Mahinda Rajapaksa.