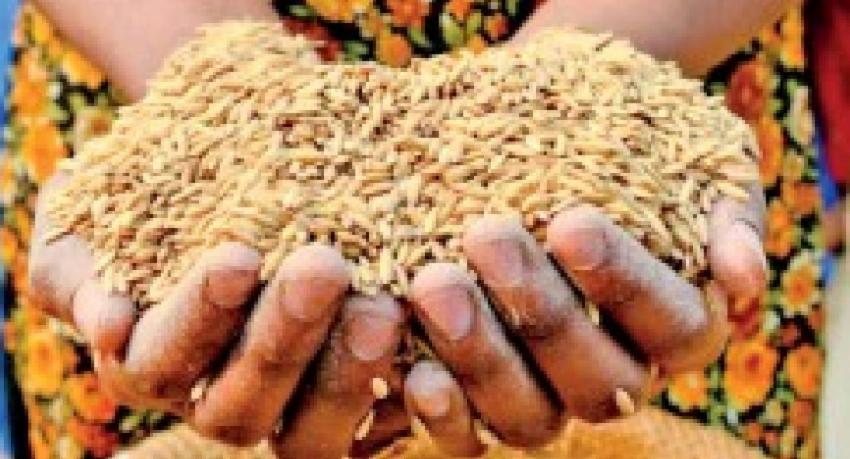 The latest WFP surveys show that hunger is rising sharply in Sri Lanka, where nearly half of the households interviewed were facing challenges in accessing food, amid income losses, record levels of food price inflation, disruptions to the food supply chain, and severe shortages of basic commodities including fuel.

“Millions of the poorest Sri Lankans can no longer afford an adequate diet and we fear the situation may get worse in the weeks to come,” said Aylieff. “This makes WFP’s response extremely critical. Our priority is to reach families with life-saving food and nutrition assistance, with children and women at the heart of our response.”

During his discussion with a group of recipients of WFP’s assistance, Aylieff heard first-hand accounts of how the deepening food crisis is impacting them. Four out of five households are limiting portion sizes and skipping meals to cope, a significant number of urban households among them.

Aylieff met the Prime Minister, Hon. Dinesh Gunawardena and the Minister of Foreign Affairs, Hon. Ali Sabry, and discussed the immediate priorities in addressing food insecurity in Sri Lanka. He also met the Deputy Secretary to the Treasury, R.M.P. Ratnayake.

In a meeting with the Ambassador of Korea to Sri Lanka, Santhush Woonjin JEONG, Aylieff expressed gratitude to the Republic of Korea, particularly in assisting smallholder farmers and strengthening food systems. He also met the High Commissioner of Australia to Sri Lanka, Paul Stephens, and thanked him for Australia’s timely donation that helped WFP start its emergency response operation in June.

WFP aims to reach 3.4 million people with food, cash or vouchers while supporting national programmes, including school meals and Thriposha, the latterproviding fortified food to pregnant and breastfeeding mothers and young children.