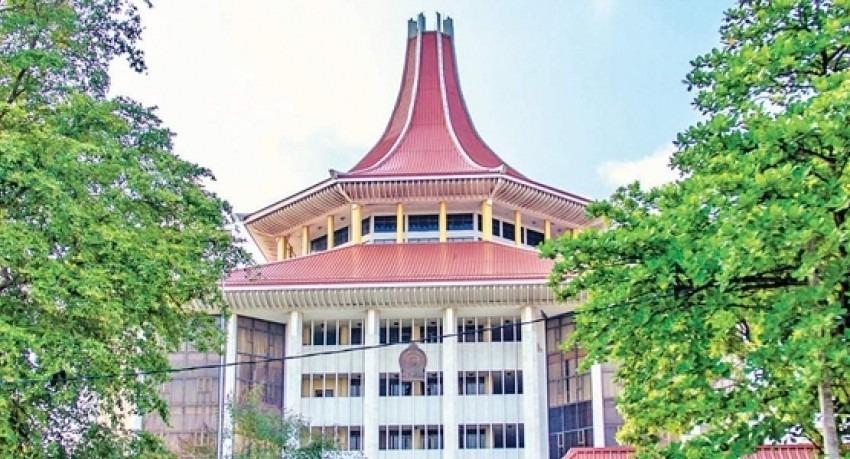 COLOMBO (News 1st); The overseas travel ban imposed on Ex-President Mahinda Rajapaksa, and Ex-Finance Minister Basil Rajapaksa was extended to the 5th of September 2022, by the Supreme Cout of Sri Lanka.

The Former President, his brother, and several others have been named as respondents in two petitions seeking an order on the government to conduct an immediate investigation against those responsible for the current economic crisis.

The petitions by Professor Mahim Mendis, TISL, Chandra Jayaratne, Jehan CanagaRetna, and Julian Bolling claim that the respondents named in the petition are directly responsible for the unsustainability of Sri Lanka’s foreign debt, its hard default on foreign loan repayments, and the current state of the economy of Sri Lanka.

The petition calls for the respondents to be held accountable for their illegal, arbitrary, and unreasonable acts or omissions which culminated in the current crisis.

These petitions were taken up in the presence of Chief Justice Jayantha Jayasuriya, and Justice of the Supreme Court Buwaneka Alivihare, Vijith Malalgoda, L. T. B. Dehideniya, and Murdhu Fernando on Wednesday (10).

President's Counsel Upul Jayasuriya appearing for the petitioners noted that the Rs. 681 Billion tax break given to businessmen after Gotabaya Rajapaksa was elected as President, is the root cause of the economic crisis.

He said that awarding such a tax break even when the IMF had warned against it, citing that it could lead to an economic crisis, is a short-sighted decision.

The petitioners allege that the Former Finance Ministers Mahinda Rajapaksa, Basil Rajapaksa, and Former Governor of the Central Bank Ajith Nivard Cabraal are responsible for the economic crisis.