COLOMBO (News 1st); Sri Lanka Police is seeking public assistance to track down three people wanted in connection to a heroin peddling ring in the country.

On the 11th of July 2022 the Embilipitiya Police arrested two suspects, a mother and son, for the possession of 38 kg and 360 grams of heroin worth over Rs. 380 million.

The general public is requested to call the following numbers with information regarding the whereabouts of these suspects. 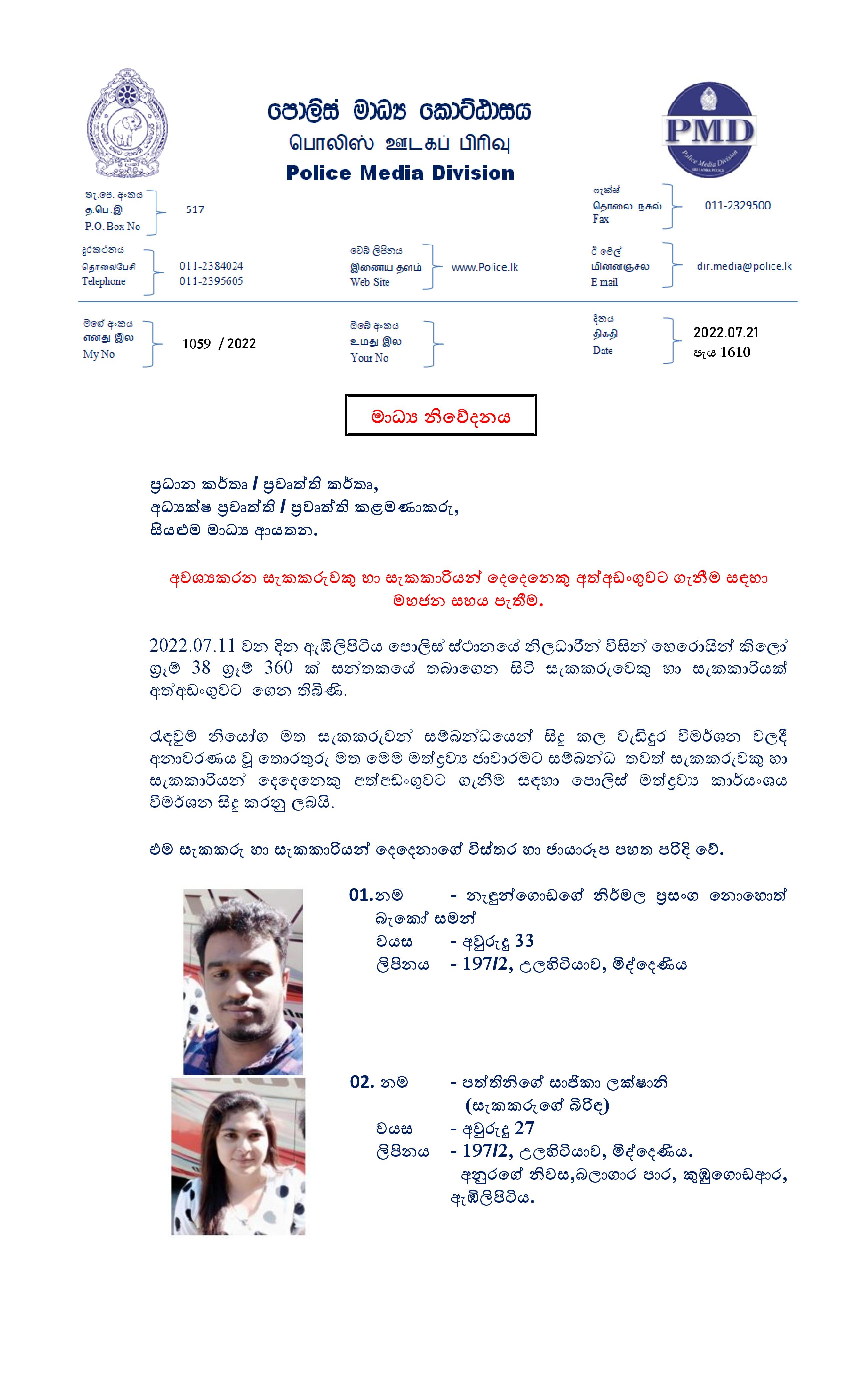 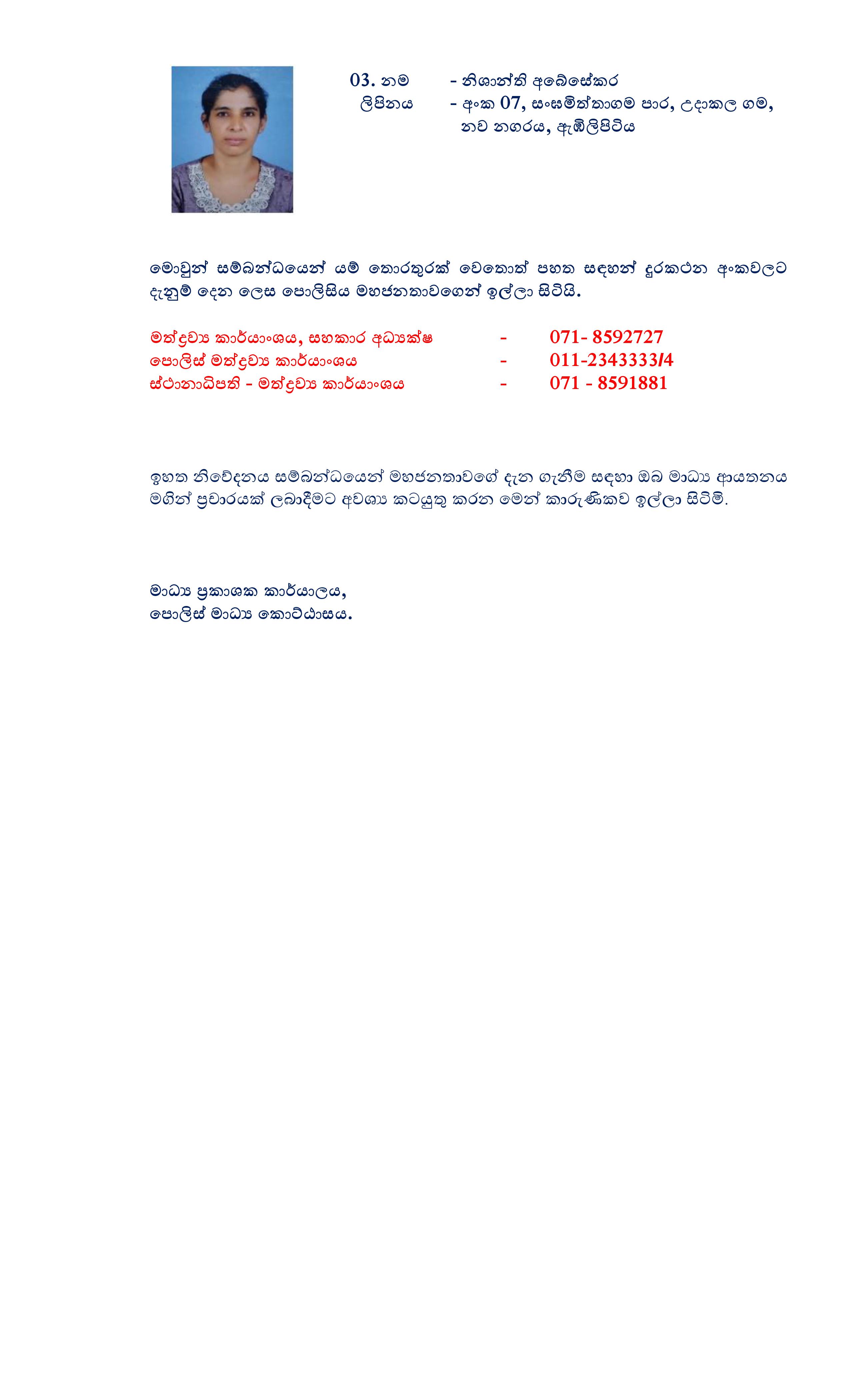