COLOMBO (News 1st); The Colombo Hultsdorf Magistrate’s Court has issued an order on the protests planned for Thursday (7) by several groups and religious leaders.

The Pettah Police OIC had made submissions to the court as per the provisions of the Code of Criminal Procedure to prevent any disruption to the movement of foot traffic and motor traffic, and inconveniences as it was reported that a group was preparing to set up a make-shift tent opposite the Sri Bodhirukkarama Temple in Pettah.

Sri Lanka Police said that violating the code order is an offense under the Penal Code. 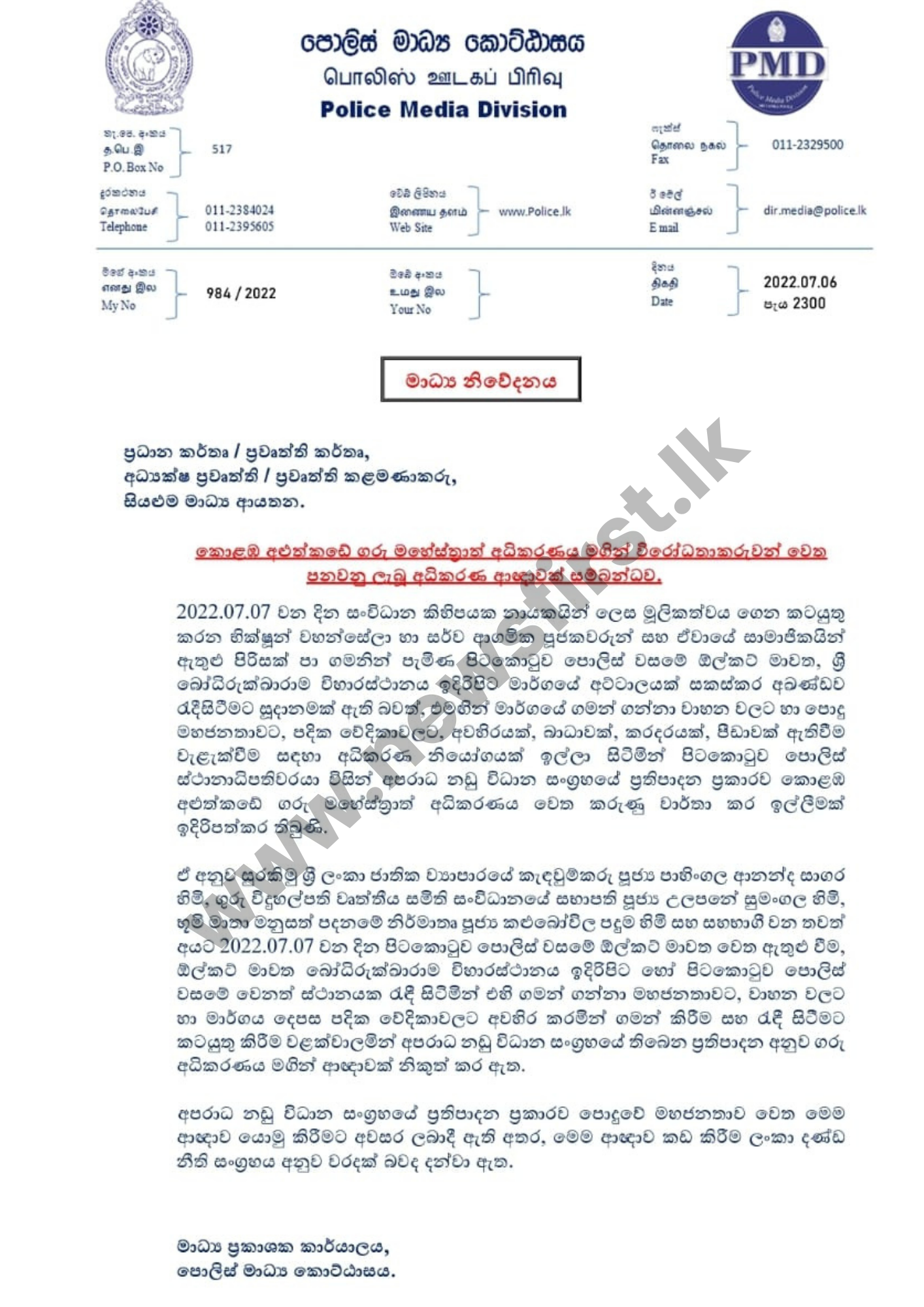