COLOMBO (News 1st); The Mahanayake Theros in a letter to the President have called for the 22nd Amendment to the constitution to be passed immediately to form a genuine all-party government.

It is wise for all the party leaders to come together for a certain period for the welfare of the general public, and the President, as well as all the Party Leaders, must agree to the following 10 points, said the Mahanayake Theros.

If not, the people should be allowed to elect a new government.

2. A Party Leader must be appointed as the head of the All-Party Government. If there is no agreement, an internationally recognized non-partisan Sri Lankan must be appointed to parliament from the National List to take up the post.

3. The Cabinet of the All-Party Government must be limited to 15 members, and should NOT include anyone convicted by the court.

4. Suitable and Experienced people must be appointed to the respective ministries, and if there is none in parliament, the Party Leaders can agree to appoint such Sri Lankans to Parliament from the National List.

5. National Intellectual Council must be appointed to guide and advise the All-Party Government.

6. The program by the National Intellectual Council must be discussed in Parliament and implemented as a National Policy, casting aside party differences.

7. Independent Committee must be appointed to review the proposals put forward by the National Intellectual Council to eliminate the economic crisis.

Such actions must be subject to judicial purview, should be audited, and must also be published from time to time for public awareness.

8. President and the Prime Minister of the All-Party Government must be bound by the collective decisions made by the said Council.

9. Legal provisions must be made available to abolish the perks of the MPs and the Cabinet and provide relief to the people battered by the economic crisis.

10. Prepare a proper mechanism to obtain aid from Multi-National Agencies, and friendly nations, and manage said aid, rather than leading the country to anarchy through mismanagement.

The letter was signed by the Mahanayake Theros of the four main Buddhist Sects in the country. 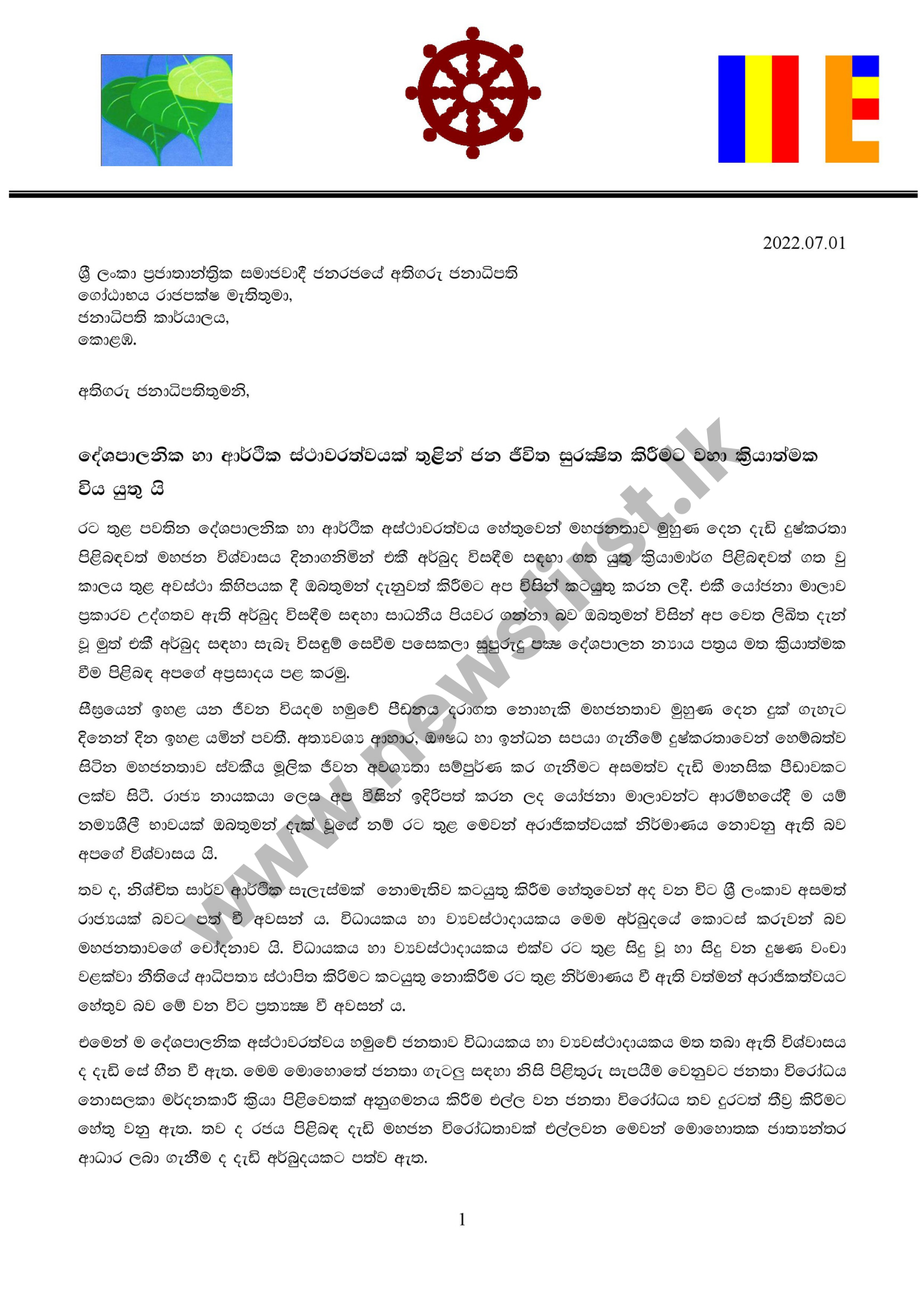 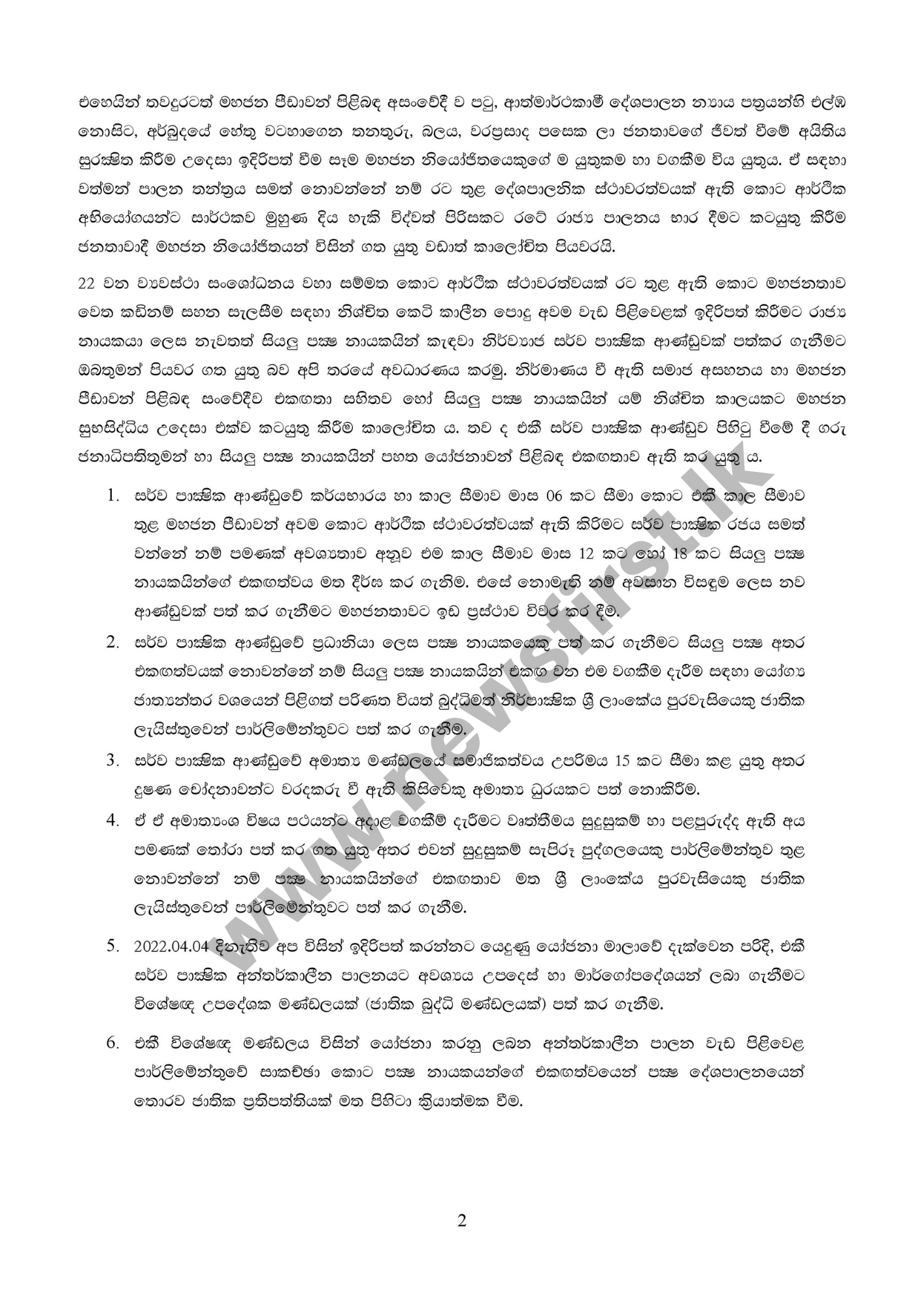 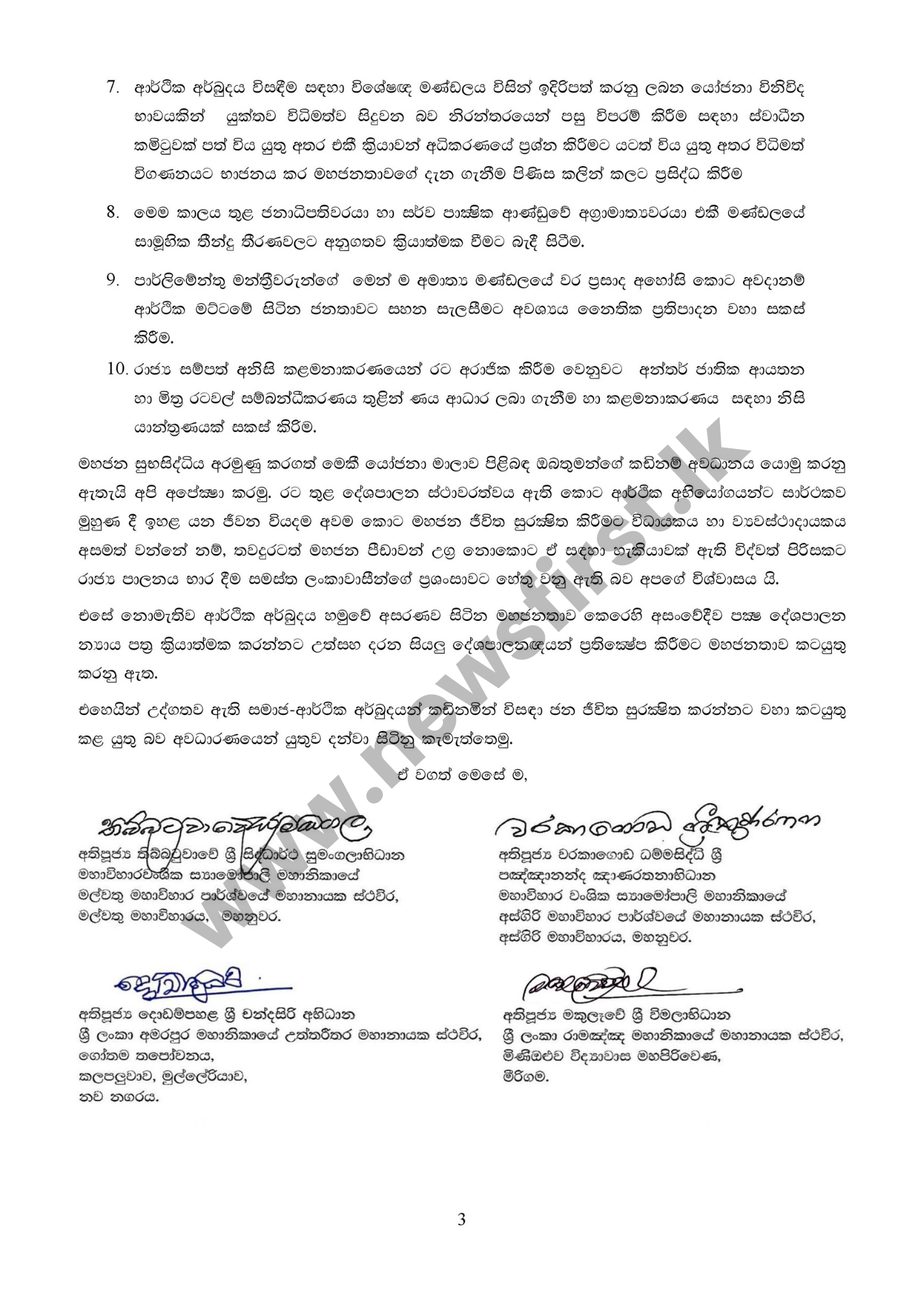