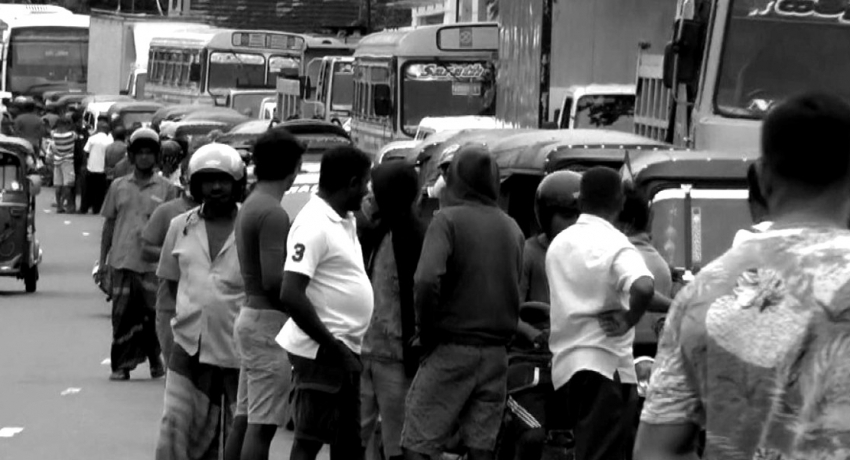 The peoples’ protest at Galle Face Green, in Colombo, Sri Lanka’s capital city has gone beyond 60 days and there appears to be little appetite by its organisers to call it a day. There is also – very surprisingly, little or no move by the strongman President – a former military man – to evict the protestors. Indeed the new – month old – Prime Minister now serving his sixth term in office is on record stating that the protestors can carry on. If it is frustrating then hundreds of protestors must be made up of Charles Atlas material replete with backbones of steel. In wind and rain and in scorching tropical heat, they have erected tents of all sorts and have endured to keep the flag of protestors flying high.

Prime Minister Wickremesinghe it appears should not have taken up the gauntlet after all. Wickremesinghe has proven over the years that he performs best when he is the Boss. Proof abounds: his control over the United National Party since 1994 is legendary and he was able to do that because he was answerable only to himself.

His political track record is replete with his inability to assert himself when he is a minority participant. Although he had a very slim parliamentary majority it was President Kumaratunga who called the shots and before too long under her watch, Wickremesinghe was treated in a manner that was ignominious at best. Needless to say, that unlikely political alliance was short-lived.

Wickremesinghe recognising that he is essentially a product that cannot be sold, tried twice more: choosing Sarath Fonseka as the ‘common candidate’ showed his lack of judgement – he literally lost his faith in the then recently retired Army Commander before the election results took place.

Yet again Wickremesinghe tried sharing power – with Maithripala Sirisena as the common candidate. That honeymoon did not last either. Sirisena became increasingly agitated by Wickremesinghe and his henchmen doing deals well under the so-called watchful eyes of the Central Bank of Sri Lanka.

That alleged scandal arguably cost the United National Party very dearly indeed. It was not just a loss, the party was decimated with Wickremesinghe failing to obtain his own seat though he entered parliament due to a quirky parliamentary process in Sri Lanka.

Wickremesinghe ought to have spotted the warning when much of his party members also lost their seats.

The solution to the forex crisis was not easy to address in one swoop. That much is only now understood – but for the peoples’ expectation THAT is simply a non -story and unacceptable.

A month plus into his premiership Ranil Wickremesinghe must be feeling what many observers can deduce to be the Main Story. That is that the puppet strings are being manipulated by none other than the principal electoral strategist Basil Rajapaksa. Wickremesinghe has found what most everyone else would have deduced: that the driving seat is occupied by the Rajapaksas.

Basil may well have left the government but he is most certainly the de-facto ‘principal puppeteer’ and the chief puppet must be Ranil Wickremesinghe.

Proving the analysis that Wickremesinghe comes out and shines, only if he has the majority fully backing him – enabling him to put his strategies and international relationships to play – for the benefit of Sri Lanka.

The blame game is fully at play. Starting from a stated figure on Sri Lanka debt position parliamentarians were all at sea trying to explain the debt figures. Dr Indrajit Coomaraswamy is being blamed for having obtained USD 12 billion back when he was the Chief Occupant of the Central Bank. Yet, his explanation that USD 10 billion was to settle shorter term debt at higher interest rates fails to gain traction. This is possibly because the optics coming off the streets tell the real story.

The queues have intensified, lawlessness appears on the rise and the peoples’ frustration at the social distress has reached never seen before heights.

In the meantime, there appears to be very little solutions to the most immediate problem: foreign exchange availability.

The SLPP nominated and the Elections Commissioner has confirmed that the corporate personality Dhammika Perera is the successor in parliament to the previous nominee Basil Rajapaksa. Kerbside chat reveals that Dhammika Perera will be appointed to the Investment Promotion Ministry, a position that is of Cabinet ranking.

The Centre for Policy Alternatives along with its Executive Director Pakiasothy Saravanamutthu petitioned the Supreme Court on a Fundamental Rights case complaining of a violation of due process and asserting that due to Mr Perera’s extensive business interests, there is an alleged conflict of interest.

The Supreme Court in a majority decision refused to grant leave to proceed and the application by Mr Saravanamutthu and several others failed. Observers were quick to point out that the decision was a majority one – meaning that there was one dissenting opinion from the Bench.

None of these side shows have produced any result towards a resolution to the critical issue of forex for the nation. As a consequence the peoples’ hardship has intensified.

Growing by the day is a call for a fresh mandate – in plain speak the holding of elections! How tragic that politics transcends the needs of the immediate problem: to alleviate the suffering of the people of Sri Lanka. It truly is a sad state of affairs. (Faraz Shauketaly is the Host of Newsline Live TV1 – [email protected])