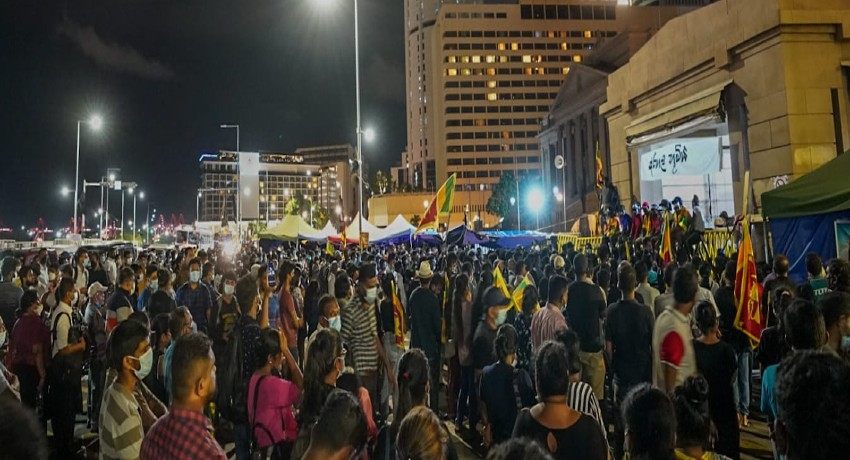 COLOMBO (News 1st); Protestors at GotaGoGama have obstructed all entrances to the President’s Office, reported Sri Lanka Police on Monday (20).

Police said that the protestors moved towards the two other gates leading to the President’s Office early morning on Monday (20) and completely obstructed the path, by setting up two make-shift tents.

The GotaGoGama protest demanding the immediate resignation of President Gotabaya Rajapaksa is on the 73rd Day on Monday (20).