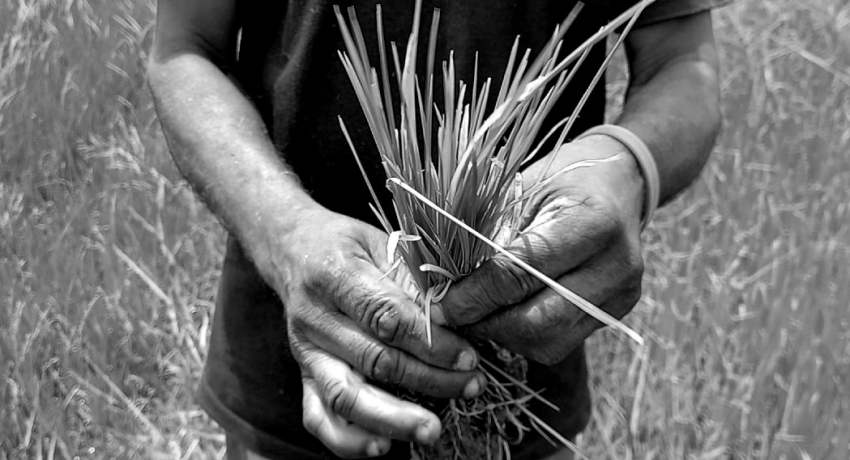 COLOMBO (News 1st); The future of food security in Sri Lanka remains a blur, while an impending shortage looms, with the pinch of the crisis already being felt by some in remote areas, surviving on jackfruit alone or on a handful of vegetables.

Experts have warned since 2020 with regard to the food crisis that would eventually befall the island once the COVID-19 crisis ends, however decisions taken against expert opinions in 2021 with regard to the cultivation of the Maha season sped up the arrival of the crisis on Sri Lanka’s doorstep.

The cost of feeding 22 million people with rice, ever since the ancient days of glory of Sri Lanka being a self-sufficient nation, remains high, and a successful bureaucratic system was in function to grant lands full of paddy fields to farmers, to grant fertilizer to farmers and in return, the ability of farmers to sell their harvest to the Government for a beneficial rate, even with hard labor factored in.

Let’s look at the paddy harvest during the past two years.

This number recorded a drastic downfall in the 2021/2022 Maha season, when 651,000 Hectares cultivated only resulted in 2.8 MT per a single hectare of harvest.

What is the projected paddy harvest of the Yala season?

Meanwhile, the situation with regard to fertilizer has drastically changed.

President Gotabaya Rajapaksa, who previously reiterated that he will not reverse the policy decision taken to ban chemical fertilizers in favor of going all-organic fertilizer, stated recently that it is up to the farmer’s wishes to use either chemical or organic fertilizer for their cultivations.

The period between the two decisions was scattered with several notable events , namely the importation of substandard organic fertilizer aboard the Chinese ship ‘Hippo Spirit’, and the importation of liquid nano nitrogen fertilizer from India, which was also accompanied by controversy over its market value.

Yala season and the burden of food

The total harvest of the Yala and Maha seasons combined has been estimated at 1.6 million MT of rice. However, it was previously mentioned that the annual rice consumption stood at 2.4 million MT.

Accordingly, the entirety of harvest for this year will be sufficient only for the following eight months, while the rice deficiency is estimated to remain for four months’ time.

Can the paddy harvest be increased?

The harvest can be increased, or at least, can reach the projected aim of Metric Tons via the use of fertilizer. Therefore, an immediate requirement of 30,000 MT of Urea and 17,500  MT of MOP (Muritate of Potash) exists. A metric ton of Urea currently remains at 700 USD while a metric ton of MOP fertilizer remains at 1,200 USD.

The future of Prosperity and Splendor for agriculture

Statistically, here is requirement of fertilizer for the upcoming 2022/2023 Maha season;

With a Metric Ton each of Urea, MOP and TSP costing $700, $1,200 and $1,150 respectively, the total estimated cost of ensuring that harvest, and not famine becoming the result of the Maha season, is US $ 220 Million.

However, cash-strapped Sri Lanka remains at a loss with regard to purchasing fertilizer, and is currently combating the prospect of even importing the basic necessities.

India, however, has agreed to provide fertilizer for the Yala season, the President said on 2nd June, further mentioning that the received fertilizer under the Indian Line of Credit will be distributed among farmers soon.

On the other hand, battered farmers continue to voice their plight, while their harvests remain unsure with the economic crisis, and having to face the oncoming food shortage.