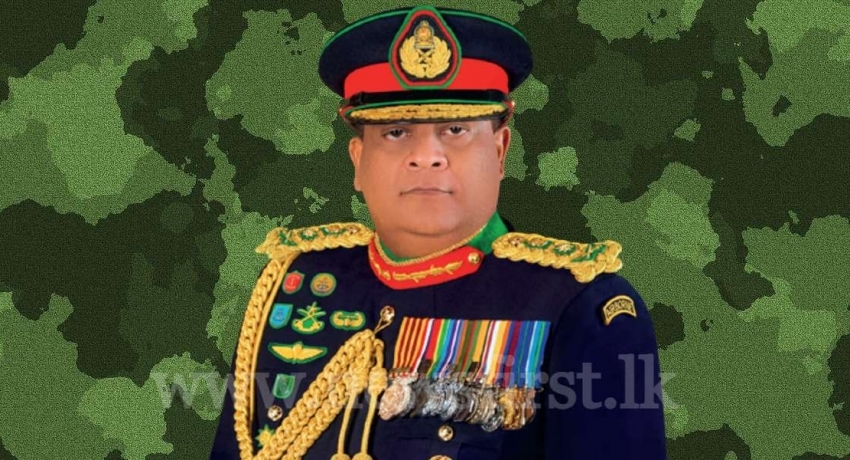 General Shavendra Silva – The new Chief of the Defence Staff.

General Shavendra Silva – The new Chief of the Defence Staff.

He will be taking up this post with effect from the 1st of June 2022. 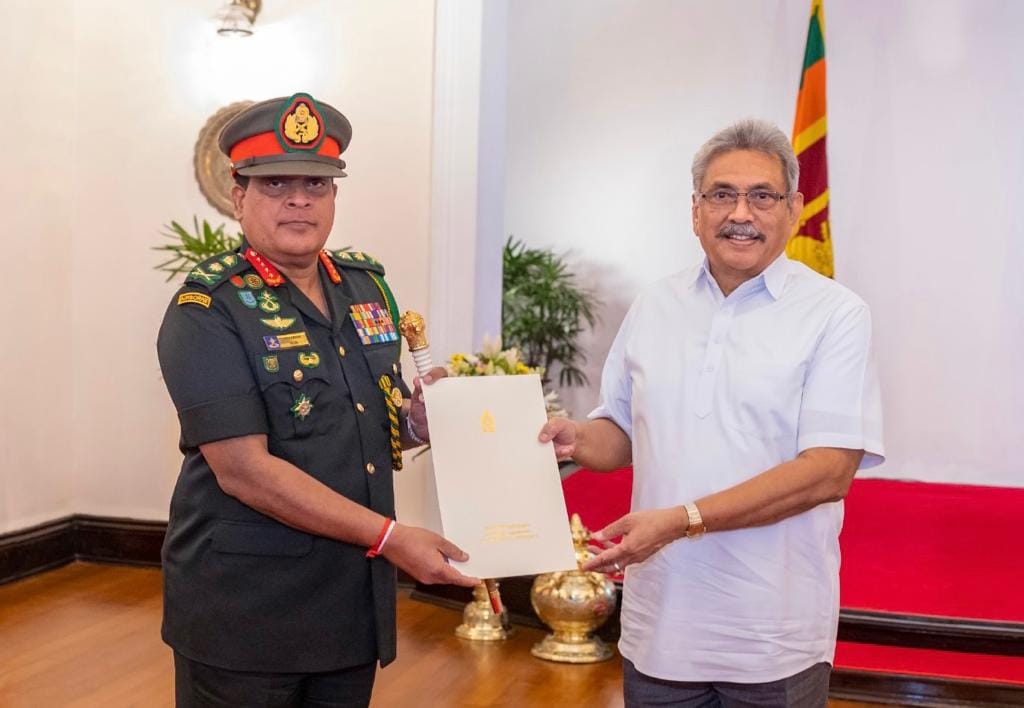 Who is General Shavendra Silva?

General LHSC Silva WWV RWP RSP VSV USP ndc psc MPhil was appointed as the 23rd Commander of the Sri Lanka Army, effective from 18th August 2019 by then-President Maithripala Sirisena as the Commander-in-Chief of the Armed Forces after he was elevated to the rank of Lieutenant General with effect from the same date.

President Gotabaya Rajapaksa on 28th December 2020 promoted him to the rank of a 4 star General in recognition of his selfless commitment and dedication.

He was also the acting Chief of Defence Staff, appointed on 02 January 2020 by President Gotabaya Rajapaksa.

Prior to taking office as the Chief of Staff in the Army, he served as the Adjutant General of the Army Headquarters and several other distinguished offices. As a proud product of the Sri Lanka Military Academy, he was enlisted to the Regular Intake 19 of the Army on 5 March 1984 soon after his bright school days, during which he captained the first 11 cricket team in the St Thomas’ College and the College’s Cadet Platoon, Cadetting Band before he became the Head Prefect of the College.

After successful completion of military training, he was commissioned on 16th November 1985 and was posted to the Gajaba Regiment as the first ever Gajaba Regiment Officer to be originally posted to the Regiment since its inception. No sooner than he joined the 1st Battalion Gajaba Regiment, the Commanding Officer made him to be a Platoon Commander in a Company of Special Service Group (SSG) which later was developed to be a Rapid Deployment Force (RDF) which is now known as Special Forces (SF).

General Shavendra Silva has the distinction of becoming the first Commander of the Army who has graduated in passed staff college (psc) at the Defence Services Command and Staff College (DSCSC) and in several overseas Defence Colleges. The DSCSC recently inaugurated the ‘Wall of Fame’ by unveiling the Commander’s photograph as the DSCSC-produced first Commander of the Army in recognition of his academic achievements.

General Shavendra Silva is one of the highest decorated military officers with different varieties of medals and he was the first Second Lieutenant of the Sri Lanka Army to receive three different types of gallantry medals, namely the Weera Wickrama Vibushanaya (WWV), Rana Wickrama Padakkama (RWP), Rana Soora Padakkama (RSP) for the first time and Vishishta Seva Vibhushanaya (VSV) and Uththama Seva Padakkama (USP) for his distinguished service.

He has had an illustrious career from the rank of Second Lieutenant to General, covering all the salient appointments in his military career.

In command assignments, he was the youngest Commanding Officer ever produced by the Sri Lanka Army, in which he commanded an infantry battalion during the operation code named “Operation Riviresa”, conducted in 1995 to liberate the Jaffna Peninsula from the clutches of the LTTE. At a very crucial stage of operations against terrorists, he was appointed as the Commander, Air Mobile Brigade by the then Commander of the Army. In August 2006, he was instrumental in re-capturing the Forward Defence Lines of Muhamalai, then known as the “National Front of Sri Lanka”, where half of the defences remained under the control of the LTTE at that time.

Thereafter, he commanded the victorious 58 Division along with the Commando Brigade which recorded the highest number of successful achievements during the “Wanni Humanitarian Operation” that liberated the country from terrorism. His Division made the longest journey during this operation and fought over 200 kilometers until its final victory and captured the single largest land mass ever captured by any formation, including the largest quantity of LTTE military hardware, weaponry and other equipment. His Division also conducted the largest ever hostage rescue mission at Puthumathalan by liberating over one hundred thousand civilians from the cruel clutches of the terrorists. In the aftermath of the war in 2009, he reached a landmark achievement in the history and was fortunate to be the youngest ever to be promoted to the rank of Major General in the Sri Lanka Army. Subsequently, he commanded the 53 Division, also known as the country’s Reserve Strike Force (RSF).

Apart from local training he has also followed many training courses in diverse fields within and away from the region, comprised of France, Greece, India, Israel, Italy, Netherlands, Pakistan and the US. He is a proud alumni of the renowned Harvard University, USA and successfully completed the “Senior Executives in National and International Security” programme and is also a graduate of the prestigious National Defence College in India. Further, he holds a Diploma in Human Resource Management and was qualified in ‘Psychological Operations’ training in the US. He was also a visiting lecturer at the reputed Marine Corps War College in Quantico, Virginia.

In appreciation of noble services rendered to the Nation, he was awarded the “Sri Lankeshwara Aparadha Meheyum Visharadha Jothikadhaja Veeraprathapa Deshamanya Jathika Gourawanama Sammana Upadhi Sannas Pathraya”, the “Weera Gajendra Sangramashuri Jathika Gourawanama Sannas Pathraya” and the “Weera Wickrama Deshabhimani Vishwa Keerthi Sri Ranashura” (the most prestigious awards that a lay-person could receive) by the tri-sects of the Sri Lankan Buddhist order for true devotion to preserve the sovereignty and the territorial integrity of the motherland. To his credit, he has authored a book titled “Sri Lankan Identity since 2600 years”, to mark the 2600th Anniversary of the Lord Buddha’s Enlightenment. Similarly, in 2019 he was honoured presenting the ‘Vishwakeerthi Sri Mahathala Weera Puthra’ honorary title in his home town, Matale.