COLOMBO (News 1st); Former President & Chairman of the Sri Lanka Freedom Party Maithripala Sirisena said that the SLFP Central Committee had decided NOT to accept any ministerial position with the present government.

In a statement, Sirisena said that the SLFP Central Committee had decided to support the decisions taken on behalf of the people from within Parliament, and also outside of Parliament.

He said the Central Committee of the Sri Lanka Freedom Party had not given its approval for the SLFP members to accept ministerial positions. 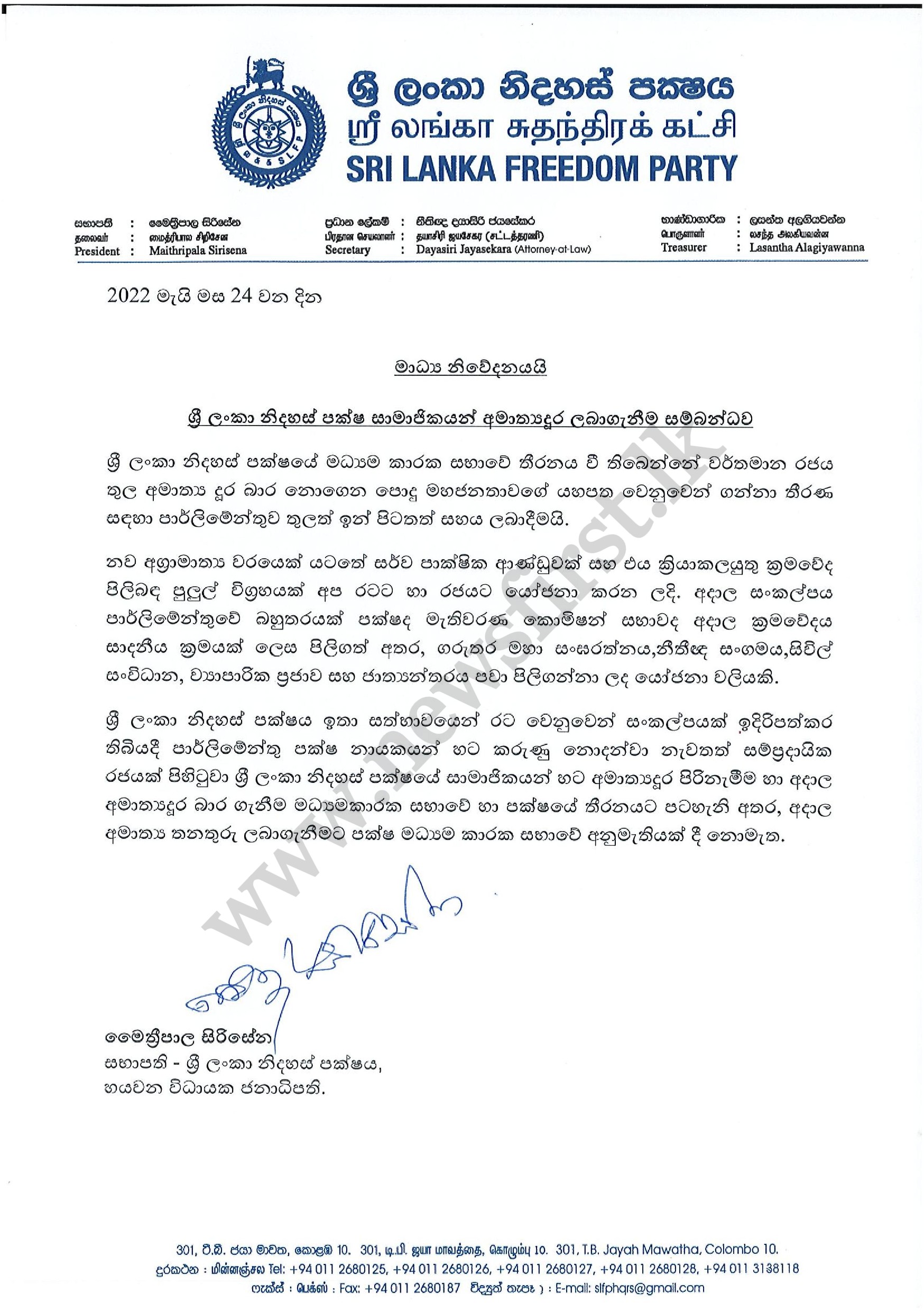