COLOMBO (News 1st); A two-day old baby lost her life as a direct result of the existing petrol shortage that prevented her parents from accessing petrol on time to take her to hospital.

On Sunday (22) evening, the new-born baby in Haldummulla had experienced a yellow discoloration on her body, and her parents immediately scrambled to rush her to the hospital.

However, their three-wheeler did not have petrol and it took them almost an hour to source some petrol for the three-wheeler.

When the child was eventually moved to a hospital, doctors had to relocate her to the Diyatalawa hospital’s Emergency Treatment Unit (ETU).

Sadly, he condition worsened as a result of the delay in admitting her, and she died moments later.

Janaka Roshan Pathirana, the Judicial Medical Officer at the Diyathalawa Hospital placed an emotional note on Facebook on the passing of the little one, noting that the death could have been prevented if she was admitted 1 hour before, the hour that took her parents to look for petrol.

Pathirana accused the political authorities of neglecting to assist people in the midst of the biggest economic crisis in the country’s history. 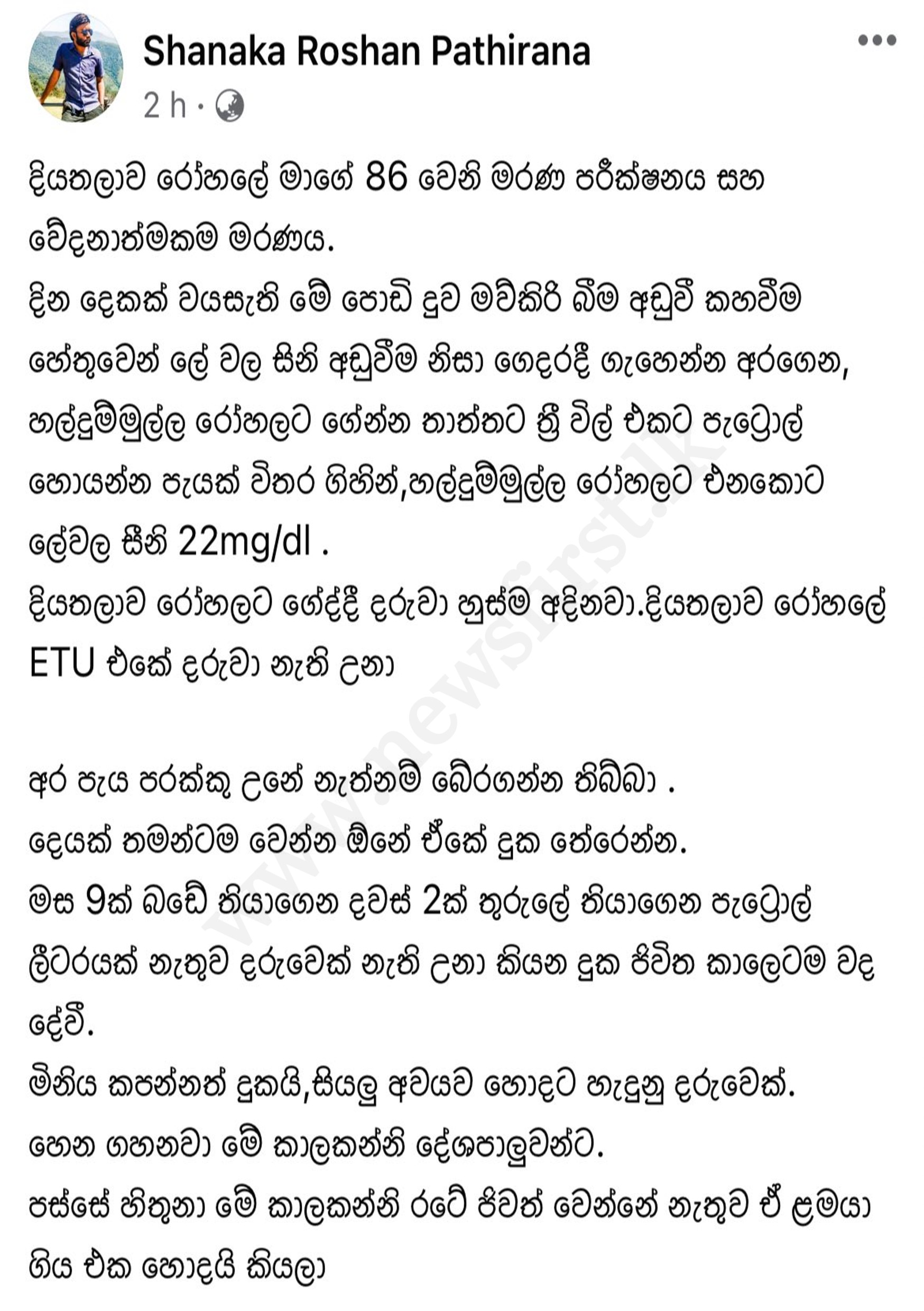