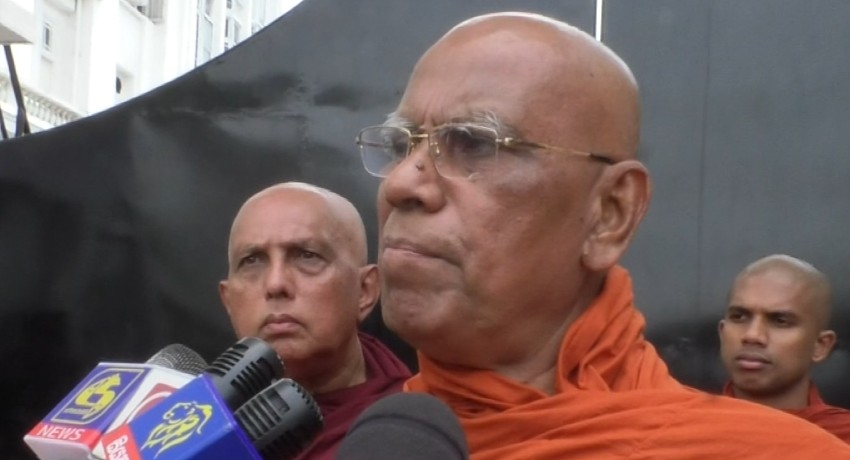 COLOMBO (News 1st); Veneral (Dr) Omalpe Sobitha Thero, Chief Sanghanayake (Dakshina Lankawa) of the Ramana Sect/Nikaya filed a complaint with Sri Lanka Police on Wedneday (11) against the attacks on peaceful protests in Sri Lanka, and demanding the immediate arrest of all those who incited the violence.

“The organized groups of thugs emerged from the Prime Minister’s official residence. We have learnt that thousands from many parts of the country were brought there and were given food, liquor, money and then sent to carry out the attack with poles,” the Venerable Thero said.

“The terrorism stemming out of Temple Trees, was the root cause for all acts of terrorism and violence,” he added.

“Therefore, we filed a complain with the police headquarters and the IGP to arrest the leaders who formed these terrorist groups at Temple Trees. It’s very clear that terrorist leaders like former prime minister Mahinda Rajapaksa and Johnston Fernando manipulated these groups which acted as slaves,” said the Venerable Thero adding that law enforcement officers don’t have the right or duty to protect criminals who incite terrorism and then cause it to spread in the country.