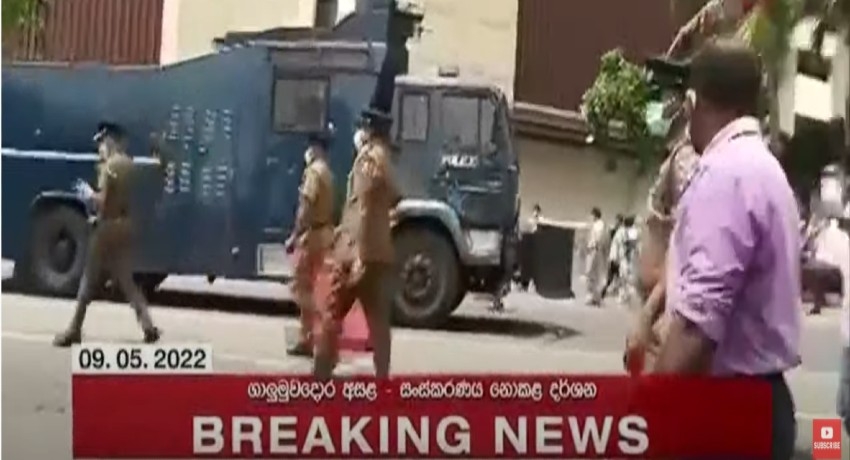 The MynaGoGama protest site opposite Temple Trees was attacked by a group moments after Prime Minister Mahinda Rajapaksa addressed the SLPP Local Government Members Forum and its members on Monday (9).

The tents opposite Temple Trees was dismantled by a mob. The MynaGoGama protest site was set up demanding the resignation of Prime Minister Mahinda Rajapaksa.