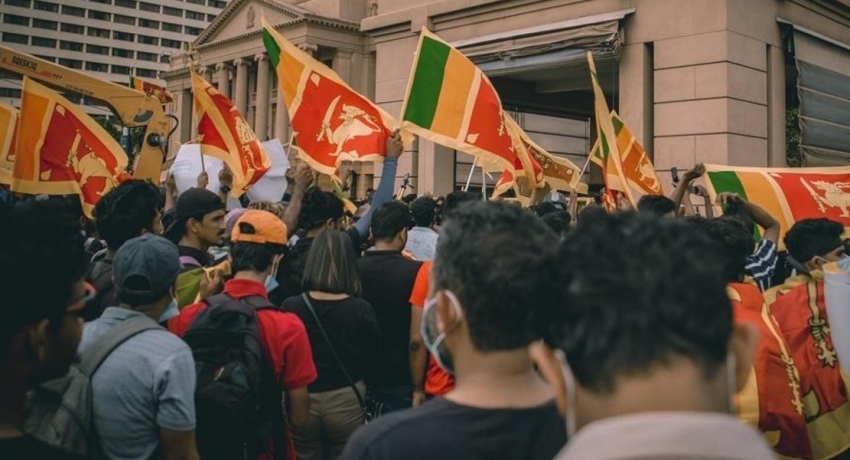 COLOMBO (News 1st); Colombo Additional Magistrate Shalini Perera on Friday (6) ordered for a request by Sri Lanka Police to remove the obstructions opposite the President’s Office in Galle Face, to be directed to the Chief Magistrate on the 10th of May.

She made the order after, Colombo Additional Magistrate Harshana Kekunawela recused himself from hearing an application made by Sri Lanka Police regarding the protest taking place opposite the President’s Office located along Galle Face.

State Counsel Shavendra Wickrama appearing for the Attorney General told the court that two cases regarding the protest have been filed with the Colombo Magistrate’s Court by Sri Lanka Police.

However, this request was revealed in open court.

Colombo Additional Magistrate Harshana Kekunawela after considering the facts submitted by both parties, decided to recuse himself from considering such a request, and noted that the request be directed to another Magistrate.